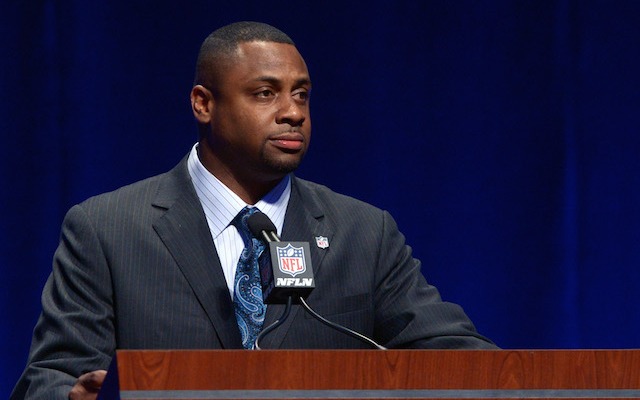 (PALM SPRINGS) — The NFL might be the most popular sport in the country, but it still hasn’t been able to do something that the three other major sports have been able to do: Create a developmental league.

Troy Vincent, the NFL’s new director of football operations, wants to change that.

“We need to keep the pipeline of talent flowing, and that means for all areas of our game: players, coaches, scouts, game officials. I am responsible to look at whatever the competition committee looks at, and that includes a developmental league,” Vincent said this week, via the Associated Press.

The SoCal Coyotes play in two developmental leagues, but neither are owned or operated by the NFL.

The Coyotes are architects of one of the nation’s fastest-growing, credentialed, year-round developmental football programs. Players who range in skill can compete for spots on either a spring or fall roster.

The Coyotes, a non-profit sports leadership organization, demand their prospects sign the strictest Code of Conduct in the game — simply for the honor of the chance to wear the jersey.

Players are required to seek work, speak in schools and be mentored by local businessmen. The organization assists its players based on different levels of individual need.

On the field, Coyotes who survive can then showcase their wares during 14 different regular-season games in two different leagues, plus playoffs. They can hone their skills as hands-on coaches and players during two different summer camps (ages 8-18, ages 18-over).

Add the Coyotes groundbreaking Head of Household Work Leadership Program (HOWL), as well as their in-school leadership curriculum to public schools,and it’s clear why the organization of these two-time champions is earning industry-wide respect.

On Monday, the Coyotes sent an open letter to Vincent, and the NFL, with support from powerful political, business and football allies.

For the NFL, a developmental league would put the NFL on par with the the NBA — which has the D-League — and Major League Baseball, which has the minors. The NHL also has a minor league system to develop and pull talent from.

“For all this football talent around, we have to create another platform for developing it,” Vincent said. “Maybe it’s an academy — what would it look like? Maybe it’s a spring league; we’ll look to see if there is an appetite for it.”

There seems to be an appetite for almost anything NFL-related these days and a spring league seems to make the most sense — as long it’s not on the other side of the world.

The last time the NFL had anything resembling a developmental league was NFL Europe, which folded in 2007. When the league closed up shop that year, NFL Europe consisted of five teams in Germany and one team in the Netherlands.

THE COYOTES ARE PREPARING for their first season in the Professional Spring American Football League, with a roster of stunning blue-chip Division-1 talent and depth at every position.