The Mission of the Six-Time Champion SoCal Coyotes. 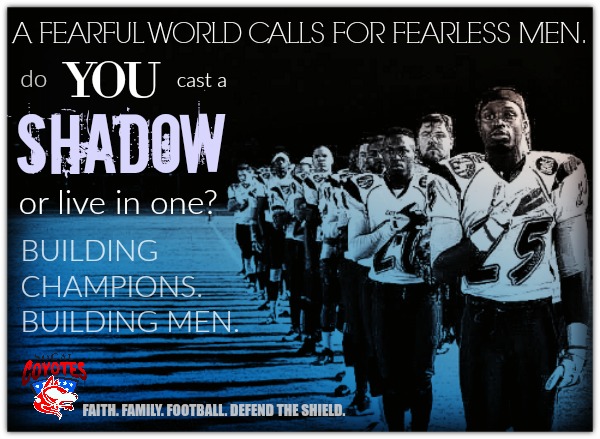 Football fields across Southern California give the Coyotes a unique platform for Building Champions, Building Men.’ We  impact the epidemic of absent fathers, and mentor and equip young men to become better husbands, better fathers, and better men.

On the field, we are committed to the highest standards: We’ve enjoyed three undefeated seasons, never missed the post-season, played in eight championships, and won six. But when the lights flicker off, trophies gather dust and boys become men, and the kind of men they become is our true ministry.

Touchdowns will Disappear. Scores Will Fade Away. But the Faces in this Room Will Live Forever.

Off the field is the real mission of the Coyotes, where we utilize faith, family and football’ to target these alarming social realities: 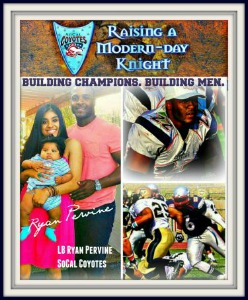 -Roughly 70 percent of all prisoners come from fatherless homes.

-Approximately 80 percent of all rapists with anger problems come from fatherless homes.

-Sixty-three percent of all teen suicides occur in homes where the father was absent or abusive.

-On average, taxpayers spend more than $8 billion on high school dropouts for public assistance programs, such as food stamps.

-High school dropouts earn an average of $260,000 less in their lifetime than graduates, giving our nation a cumulative loss of over $300 billion annually in earned taxable revenue.

Prayer moves us away from who we were, toward someth

As a football organization, we are determined to lead the nation in prayer. We mentor young men, introduce them to prayer, instill faith-based initiatives in their lives and homes, and challenge them as fathers, husbands and friends.

Our players and coaches annually address thousands of youth at area churches, schools, business and civic organizations about the virtues of faith and family, and we are frequent volunteers with other non-profits and charitable organizations throughout Southern California. 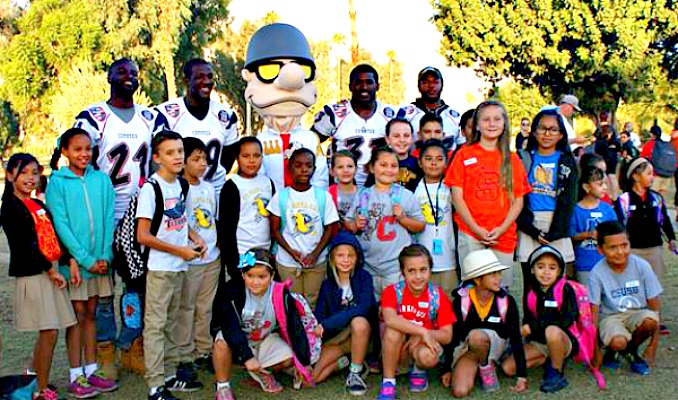 The Coyotes Head of Household Work Leadership Program (HOWL) mentors and employs our players, with an understanding that men with paying incomes have dramatic long-term community impact on widespread social issues.

But statistics can never tell the story of a single soul. We see every player as an opportunity to plant a tree under whose shade we never intend to sit.  We have addressed different cultures, backgrounds, generations and experiences. We are replacing real pain, real emptiness, real longing, real loss and real need with the wholeness of a very real Heavenly Father.

This realization and realignment is making a profound difference within the realm of influence God has given us – the SoCal Coyotes. We offer these results as evidence that as America’s #1 Developmental Football Program’ – we can change families, careers and communities, by building men – one at a time – who are willing each day to make heaven, earth and hell take notice.

Again, we thank you. When we touch the lives of children, the influence is exponential. The Coyotes are proof that children are likely to live up to what their fathers, or father figures, believe in them.