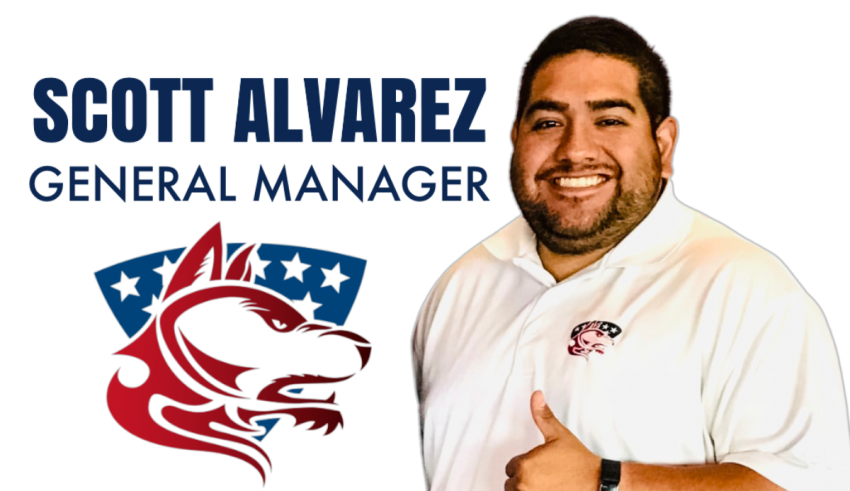 (CATHEDRAL CITY, Calif.) – The six-time champion SoCal Coyotes promoted from within their own ranks this week when they made Penn State product Scott Alvarez, 32, their youngest General Manager of Football Operations in their 10-year history.

Alvarez and the Coyotes are preparing for their first post-Covid football season – Spring 2021 – in the Gridiron Developmental Football League (GDFL).

The Coyotes, who embrace a tradition that ‘our standard is the standard,’ promoted Alvarez from Director of Film and Quality Control, a position he has held since 2016 when he was hired by the Coyotes non-profit.

In addition to his delivery of broadcast-quality film production, Alvarez has played key roles in the development of the faith-based organization’s branding, messaging, content and social media.

“Self-sustaining organizations must have a culture that precedes positive results,” said Miller. “It hasn’t always been an easy road for Coach Alvarez. We’ve demanded a lot from him. He has consistently bounced back, stood up to the pressure, and performed.

“We put a premium on loyalty here – and Scott has earned this opportunity. Now we want to do all we can to support him and help him grow as a young executive.”

Alvarez will be tasked with upholding the Coyotes standards, and success. Over the past decade, the Coyotes have distinguished themselves among the nation’s elite sports franchises and non-profit organizations, and are 88-13 under Miller.

“Our system is in place,” Miller said. “Coach Alvarez knows our system and understands our expectations. There is plenty of room for his creativity – within the boundaries of our system. Scott is interested in perfection, not praise. He’ll be the first to tell you the only crimes on this team are arrogance, and ego.”

“To me, ‘our standard is the standard’ means that no matter the situation, no matter the adversity we’re facing, we should attack each and every task with the same level of passion, and intensity,” said Alvarez. “We are not collecting talent. We are building a team. We want program guys, not ‘I-me-mine’ guys. Our greatest strength is how this organization functions together.” 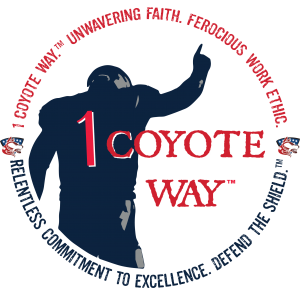 Coach Alvarez is clearly a product of the organization’s blueprint – the core principles and values that embody ‘1 Coyote Way’: Unwavering faith, ferocious work ethic, and relentless commitment to excellence.

“We believe that champions behave like champions before they’re champions,” said Alvarez, a Coachella Valley native, who graduated from Penn State with a degree in history.

“Everyone who sets foot in the Coyote organization must be committed to our standards of performance.”

Additionally, the Coyotes’ 501c3 and award-winning ‘Above The Line’ leadership programs impacts the social, mental and physical growth of more than 50,000 youth annually through remedial curriculum, training camps, clinics and symposia.