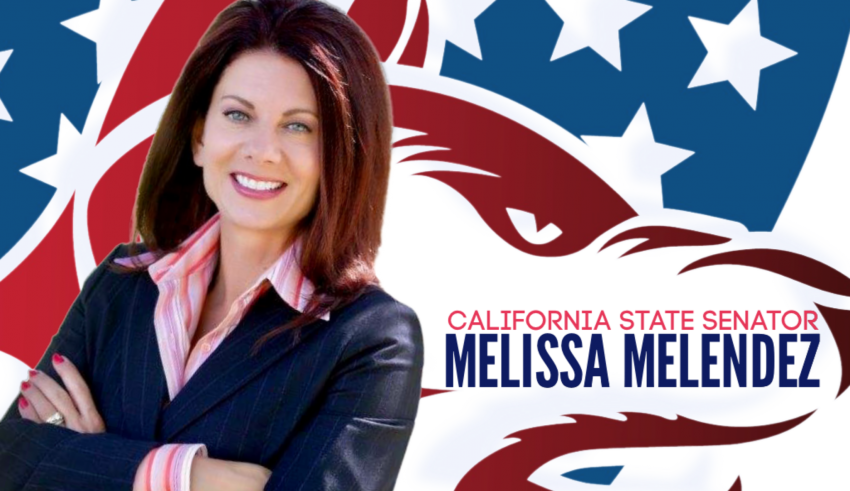 (CATHEDRAL CITY, Calif.) – In the nearly 10 years since founder and Hall of Fame football coach J David Miller humbly promised to provide a ‘lifeline of hope’ for every child in the Coachella Valley, the faith-based Socal Coyotes leadership organization has been selected by State Senator Melissa Melendez as the ‘2021 Nonprofit of the Year’ for the 28th District.

“We congratulate and thank the Coyotes for their amazing work with youth,” says Senator Melendez, a U.S. Navy and Gulf War veteran. “Through ‘faith, family and football,’ the Coyotes, work should rightfully be celebrated.”

With more than 40,000 non-profits to choose from – in a district that spans the eastern portion of Riverside County to the Southern Inland Empire – Senator Melendez validated the Coyotes inspirational rise from a bootstrap AAA football platform to a full-service non-profit agency that is not only changing hearts, but also saving lives.

In June, the Socal Coyotes, along with other district Nonprofits of the Year, will be celebrated on the floor of the State Assembly in Sacramento, as well as an ensuing luncheon.

Joining Coyote executive staff will be a few of their star pupils from underserved communities who have been mentored by the organization.

“The Coyotes definitely changed my life,” says Rashad Roberts, who entered the program as a football prospect in 2012. Today Roberts holds 16 franchise records, is gainfully employed, married, and a father of three. “This organization instilled in me the life skills I needed to be a better father, better husband, better man, better friend.” 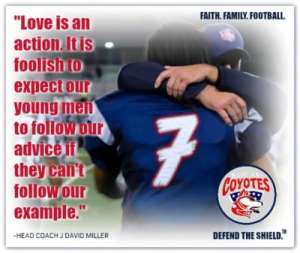 Coach Miller says the Senator’s recognition is “reflective of the extraordinary quality of each of our Coyote programs, each one managed by our talented, dedicated staff of compassionate professionals.”

In 2012, the Coyotes were ‘just a football team,’ offering second chances to players overlooked by NFL or NCAA opportunities. Coach Miller – a former CEO of three multi-million-dollar companies – took advantage of the captivating allure of football to create a hybrid, faith-based non-profit like none other in the nation.

On the field, the Coyotes – winners of six titles in eight championship appearances – have built a national brand, while flooding the pro ranks with prospects.

Off the field, the Coyotes have deployed more than $2 million throughout the region, impacting up to 750,000 Coachella Valley youth through their ‘Above the Line™’ leadership camps, clinics and symposia.

“Coach Miller is using football to create a replicatable, duplicatable, scalable platform that introduces faith, hope and redemption to thousands and thousands of young people,” says Atlanta Falcons legend Lynn Cain, who also won a national championship at nearby University of Southern California.

“Every young person on the planet desires to be loved, accepted, approved, and forgiven – and to have an opportunity to better their lives. The compassion of the Coyotes is changing dozens of communities, from Palm Springs to Los Angeles.”

How, exactly, did the Coyotes transform into a non-profit for the future?

Senator Melendez thanked the Coyotes for “doing more than ever” to help their communities get through the COVID-19 crisis.

During COVID, the Coyotes adjusted to distance-learning, offering its motivational and instructional ‘Above the Line’ leadership curricula via Zoom to thousands of young people. Other changes were just as huge.

Coyote programs reach thousands of youth through coordinated efforts with numerous charitable and civic organizations, including Los Angeles Rams Character Camps, Boys & Girls Clubs, the YMCA, the Desert Strength Academy, the Boys & Girl Scouts of America, and Rotary International. The Coyotes are a member of the Greater Coachella Valley Chamber of Commerce.

The six-time champion SoCal Coyotes are the national standard of American developmental football, and are 94-14 under Hall of Fa 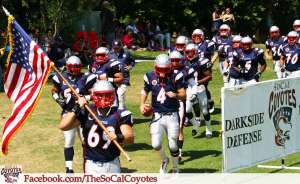 me head coach and non-profit founder J David Miller. The Coyotes’ organization provides elite athletes a professional environment that refines and showcases their skills through trademarked processes similar to the NBA’s D-league and MLB’s minor-league systems.