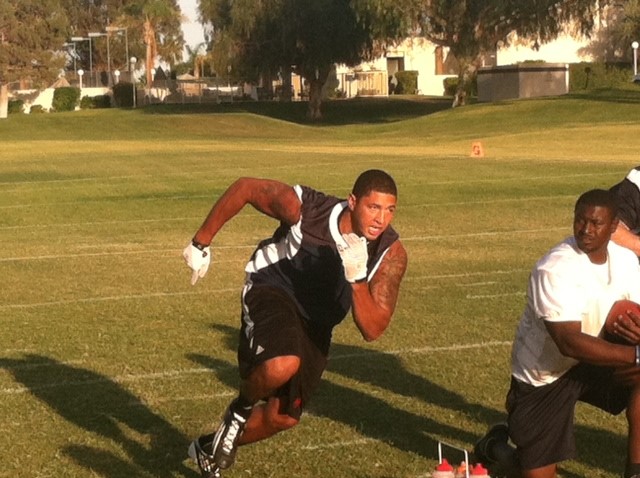 (CATHEDRAL CITY) — The parade of stars continued Thursday at SoCal Coyotes training camp as the two-time champions marched toward next week’s full-contact practices.

North Carolina State linebacker Robert Caldwell, 6-3, 250, who led the Wolfpack in 2013 with 105 tackles and 15.5 tackles for loss, reported in peak condition.

Indeed. Thursday’s skeleton defensive session turned ominous when Caldwell and veteran Utah State linebacker Cade Cowdin, who played with the Coyotes in the Hall of Fame Bowl, trotted out on Coyote Field at the Desert Princess Country Club.

For former College of the Desert players, many of whom who starred as Roadrunners before moving on to Division I schools, the arrival of the two latest newcomers made it feel like Old Home Week.

Caldwell led all tacklers in the recent College All-Star Bowl. The newest Coyote linebacker arguably makes the 2014 edition of the ‘Darkside Defense’ its most vicious in history.

As the Coyotes prepare for their first season in the Professional Spring American Football League, Caldwell joins a roster of stunning blue-chip Division-1 talent and depth at every position.