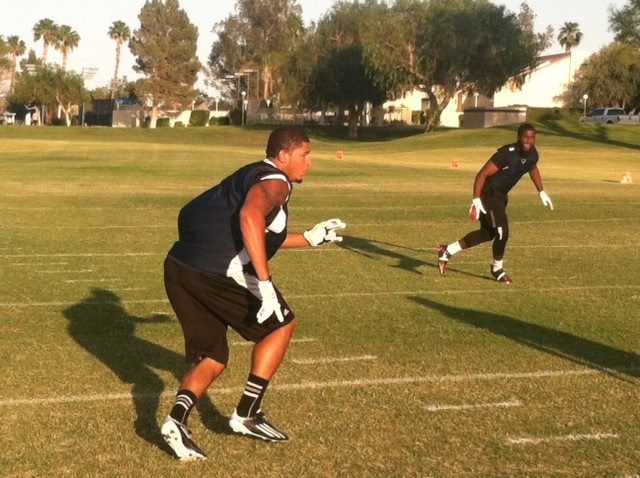 (PALM SPRINGS) – SoCal Coyotes rookie linebacker Robert Caldwell, who led North Carolina State in tackles last year as a senior, is headed to the NFL’s Cleveland Browns as a free agent and will report this weekend, team officials announced today.

“I am off to the Browns,” a jubilant Caldwell told the team this morning. “I thank Coach Miller and the Coyotes for everything while I was there. I wish the Coyotes well this weekend.”

In the final weeks leading up to the NFL draft and subsequent free-agent signings, Caldwell chose the Coyotes as his best option to prepare for the NFL. He becomes the first Coyote to ever practice with the team and sign with the NFL without appearing in a regular-season game.

The two-time champions are building a powerful case that Palm Springs and the SoCal Coyotes organization are fast becoming America’s premier developmental pro football mecca to live, work, train and play for athletes preparing for an NFL, CFL or AFL career.

“All the credit here goes to Robert, his high school and college coaches, his family, and all those who prepared him many, many years. We are simply proud that he chose the SoCal Coyotes as a place to stay ready and get better in the weeks leading up to this moment. He had choices, and he chose us.

“He sent a message with the first-class effort he gave this program while he was here. We thank him for his leadership, and the inspiration he gave all the young men on our practice field. He was never late for practice, worked to the whistle, never complained and made everyone better.

“Like all of our players, he’s now a Coyote for life, and we will support him in all his endeavors. On behalf of the entire Coyote organization, we wish Godspeed to Robert and his family. Coyote Up!”