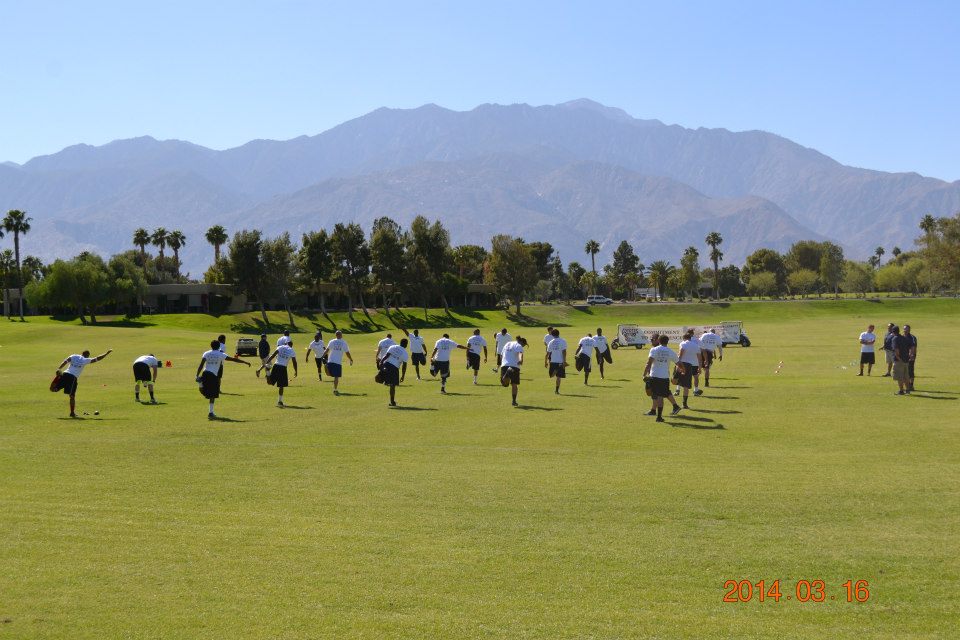 (CATHEDRAL CITY) — The breathtaking Desert Princess Golf & Country Club wasn’t the only thing that transformed itself Sunday afternoon when the AAA SoCal Coyotes held their first tryout camp of 2014.

In an NFL-combine style tryout, three-dozen, talent-laden players from around the state quickly responded to a new battery of Coyote coaches. All were demonstrating and honing their skills in hopes of being selected to the team’s training camp roster for a four-game season in the Professional Spring American Football League.

Equally impressive was the Desert Princess field. Three hours before the first whistle, golfers were still hammering balls in rainbow arcs over the plush 400-yard driving range. By 3 p.m., however, a grounds crew led by superintendent Jonas Conlan had turned the velvet green into a field of dreams.

The Desert Princess is home to 1,084 residents, evidenced by the golf carts that lined the practice field and blankets full of fans who dotted the grassy knolls on a spectacular Sunday afternoon.

The Coyotes are expected to make major announcements this week regarding the league, a roster, and release dates for training camp, practice and games.

The team will also play a 10-game season this fall in the National Developmental Professional Football League.