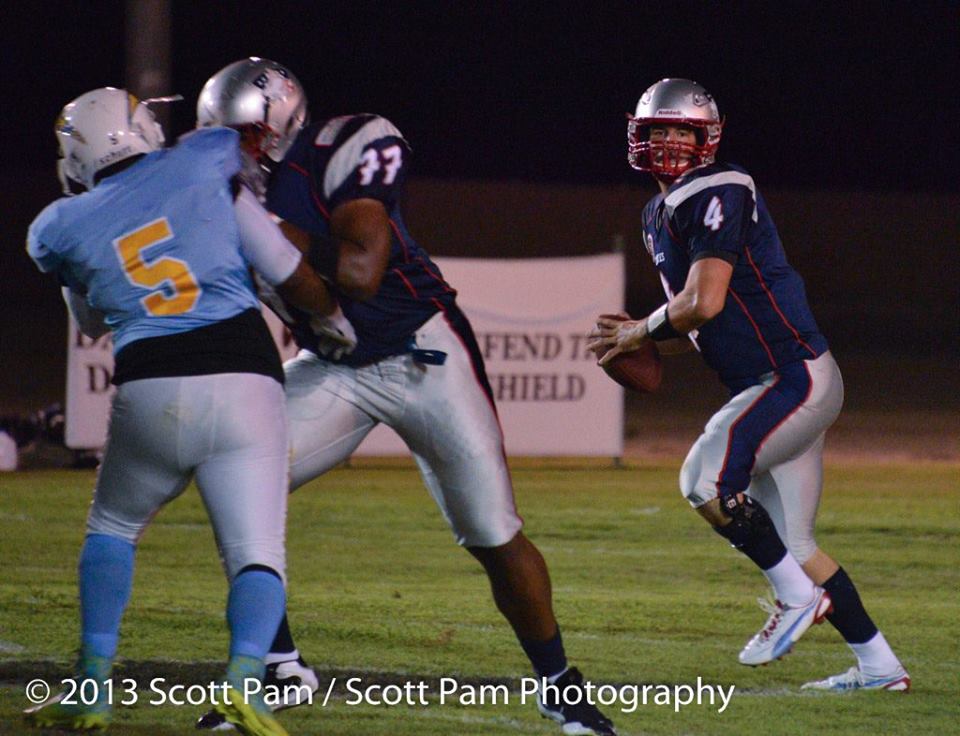 (PALM SPRINGS) — The 7-3 SoCal Coyotes — champions of the UFAL Eastern Division of the Southern California Football Alliance — earned the fifth seed in postseason play and will travel to San Diego to face the Thunder this Saturday night.

The Coyotes earned AAA legitimacy with one of the most significant schedules in the country.

The Coyotes were unbeaten in UFAL play, and beat the previous champion California Raiders 36-33 on the road in head-to-head play.

The Coyotes were the only team in the SCFA to play seven of the eight playoff teams in the regular season, and six of the top LCFL teams.

The two-time champion Coyotes are 27-7 over three seasons of play, and were 2012 Pac West Champions.