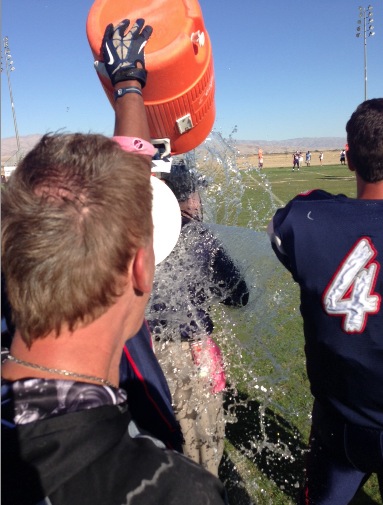 The Coyotes previously defeated the league champion California Raiders to lay claim to the title and needed another UFAL win to clinch.

Against the Lions, the Coyotes emptied their bench early and played all 53 players throughout the game. The desert dogs rolled up more than 500 yards in total offense.

The UFAL is the Eastern Division of the Southern California Football Alliance. The Coyotes close out the regular season with road games against the Inglewood Blackhawks and North County Cobras, before the start of the SCFA playoffs on November 9.

The Blackhawks are the reigning 2012 national champions. The Coyotes, meanwhile, are the only AAA team in the nation (among 800) to play six Top 20 teams during the regular season.

It is the Coyotes second league title in two years. In 2012, they were Pac West Champions, and now reign atop the UFAL.

The Coyotes trail only the Inglewood Blackhawks in The Western Football News national poll, where they are second and first, respectively.