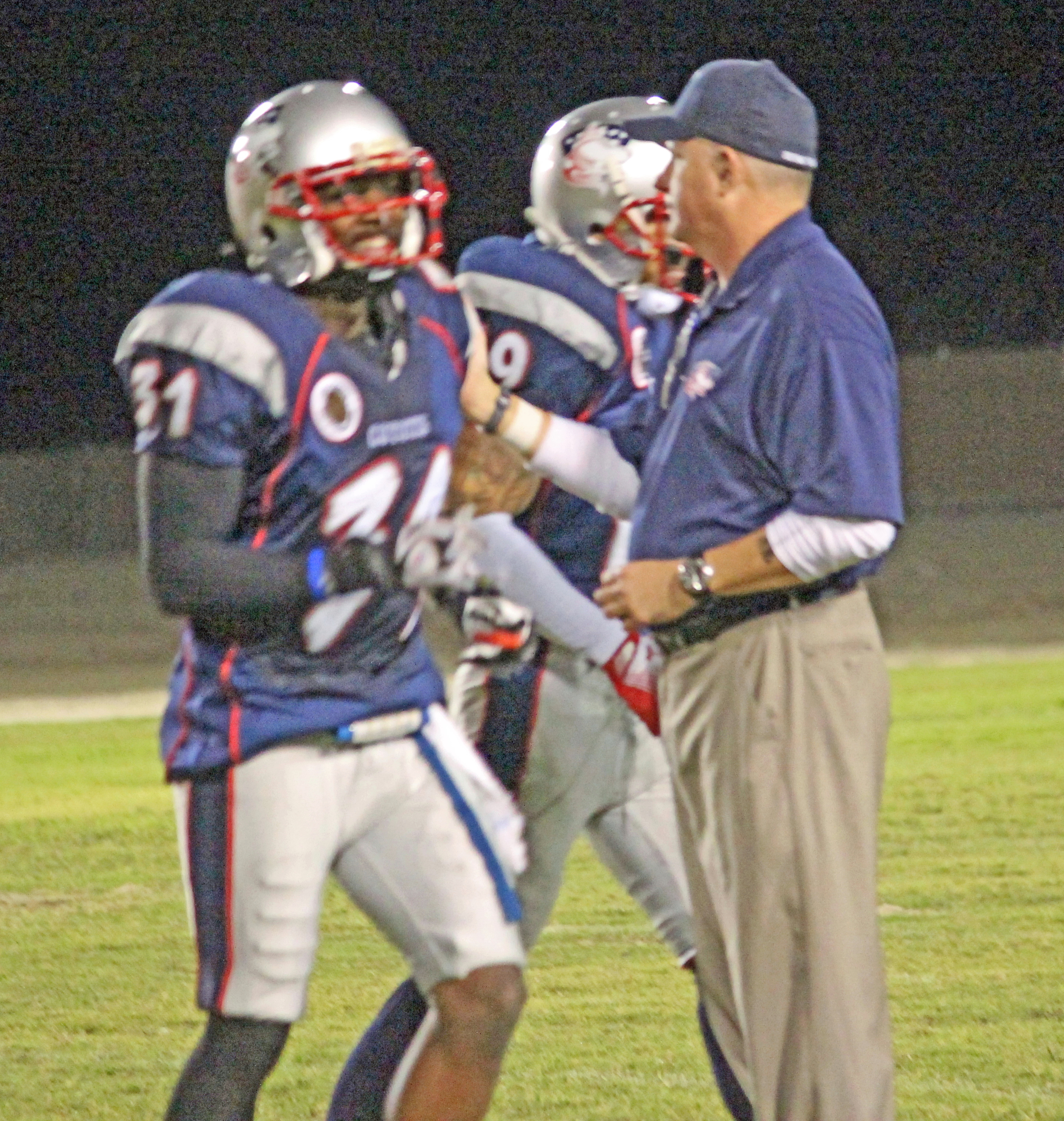 (PALM DESERT) — Cornerback Shaine Boyle scored three more defensive touchdowns and quarterback Taylor Genuser threw touchdowns to four different receivers and scored one on the ground as the nationally ranked SoCal Coyotes devastated the Crown City (Belmont) Hilltoppers, 76-0.
The 4-1 Coyotes pulled all their starters at halftime. SoCal plays in the respected Southern California Football Alliance, the only means for a desert team to win a state or national championship.
The Coyotes – ranked 13th in national polls — travel to San Bernardino next week for a United Football Alliance League (UFAL) showdown with the unbeaten (6-0) Raiders that will decide the UFAL division title in the Southern California Football Alliance.
The vaunted SCFA is home to the UFAL and the LCFL, which includes the national champion Inglewood Blackhawks, and national runner-up Raiders, currently considered the top West Coast teams.Boyle, who now has six touchdowns in the Coyotes past three games, led the dominating “Darkside Defense” in a game where the Hilltoppers only crossed the 50 once.
The Coyotes are currently ranked 13th out of 800 AAA teams in national polls, while the Raiders are ranked 10th. SoCal will play three teams ranked in the Top 20 in the month of October alone..
Load More Related Articles
Load More By TSCC
Load More In SoCal Coyote News
Click To Comment