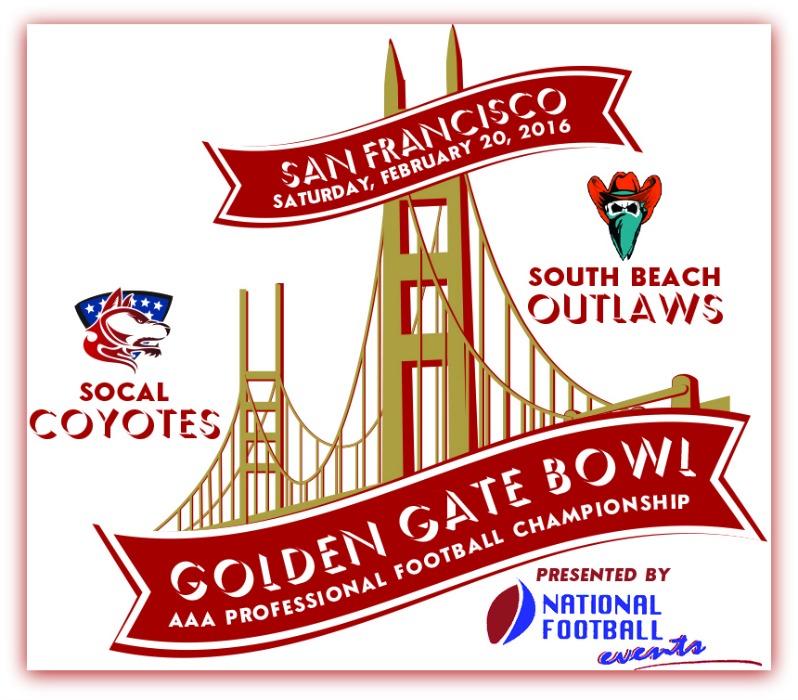 Both teams have confirmed. The game will be played in San Francisco, with kickoff set for 3 p.m.

The Northern–Southern California showdown between these two powerhouse AAA programs could factor in 2016 national title implications, said NFE President Jim Nugent, whose organization ranks the Coyotes as the Western Region’s #1 team, ahead of the Inglewood Blackhawks and California Raiders.

“Both organizations represent what you expect from great teams of this caliber,” Mr. Nugent said. “Both teams seek out the best competition, and  both want to compete against the best in the nation. This game will showcase some of the finest talent available in the state of California.”

The Coyotes are recently named ‘America’s #1 Developmental Pro Football Program,’ and won back-to-back, spring-fall championships in two different leagues in 2015. Some national polls have the Coyotes, who finished the fall 13-1, ranked as high as number three.

Chicago-based NFE is a governing organization that sanctions national polls and post-season competition for AAA professional football. The Coyotes are reigning LCFL champions, and league officials played  a key role in development of the event.

For more information on the South Beach Outlaws, visit http://www.southbeachoutlaws.com/. Learn more about the SoCal Coyotes at http://www.thesocalcoyotes/.