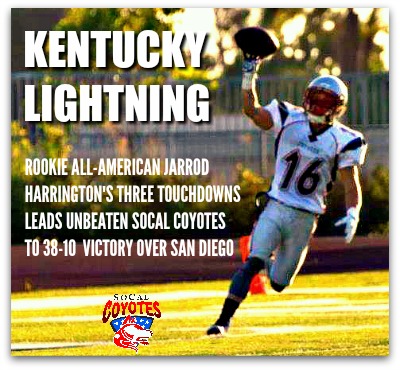 The Coyotes scored on their opening drive and never trailed in the game.

The victory puts the Coyotes atop the standings of the Southern California Football League, where only one other team – the Vegas Trojans – remains unbeaten. The Coyotes return home this Sunday to play the SoCal Eagles, and have their date with the Trojans – October 1 – circled on the calendar.