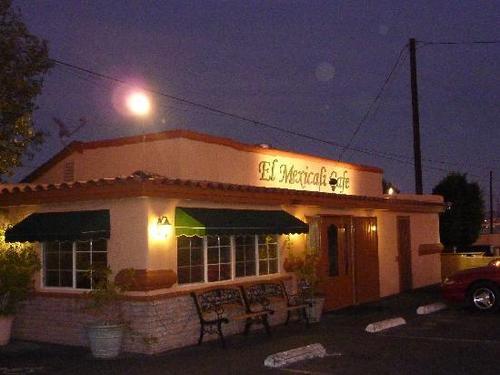 (INDIO) — For 30 years, El Mexicali Cafe has delivered excellence in the Coachella Valley community with the finest traditional Mexican cuisine in the desert, and upheld those standards again this week with their financial commitment to the AAA desert champion SoCal Coyotes.

The SoCal Coyotes are a non-profit sports #leadership organization that ‘Defends the Shield’ of faith, family and football — endearing qualities that mirror the community values of El Mexicali’s founding family.

“We support this great community and the Coyotes’ tremendous efforts to develop productive young men,” said Mexicali owner Monica Murguia. “The Coachella Valley community has been good to El Mexicali, and we are proud to assist our hometown Coyotes, who have become great role models within our own neighborhoods.”

The Coyotes fall season kicks off Saturday at #Xavier College Preparatory at 7 p.m. against the San Diego Spartans in their first game as a member of the UFAL Eastern Division of the Southern California Football Association.

Mexicali fans come from around the state and the world to enjoy house specialty Chiles Gueritos Rellenos de Camaron – shrimp stuffed peppers, among other favorites like Chili Verde and Carne Asada. Through the years, the restaurant tirelessly has supported countless civic and charitable efforts, which now includes the rising SoCal Coyotes.

Defensive back Juan Valencia, now in his second year in the Coyote organization, is a proud son in the Murguia family and played a key role in his family’s decision to lend their name and support to the team, whose popularity has exploded.

“All of us in the Coyote family have worked extremely hard, and our team represents what is great about our community,” he said. “This organization is proving every day that greatness can be attained by those who are disciplined and work hard. We are proving that you can start and do great things in our desert community.”

In less than two years, the Coyote organization has earned the respect of the desert while changing the culture of AAA football, and has received worldwide recognition for their efforts. The team won the 2012 Pac West #championship, played for a national championship, and this season will play in the powerful Southern #California Football Alliance.

“The Coyotes are humble and thank God as we earn our way in this community,” said team president J. David Miller. “We greatly appreciate the support and efforts of the entire El Mexicali family. The support of local business leaders like El Mexicali has enabled this organization to grow faster than anyone once thought was possible, and to give the youth of the Coachella Valley something to look up to, and something to look forward to.”

Mexicali has two Indio locations — 82720 Indio Boulevard, and 43430 Monroe St. A third location can be found at 47150 Washington Street in La Quinta.