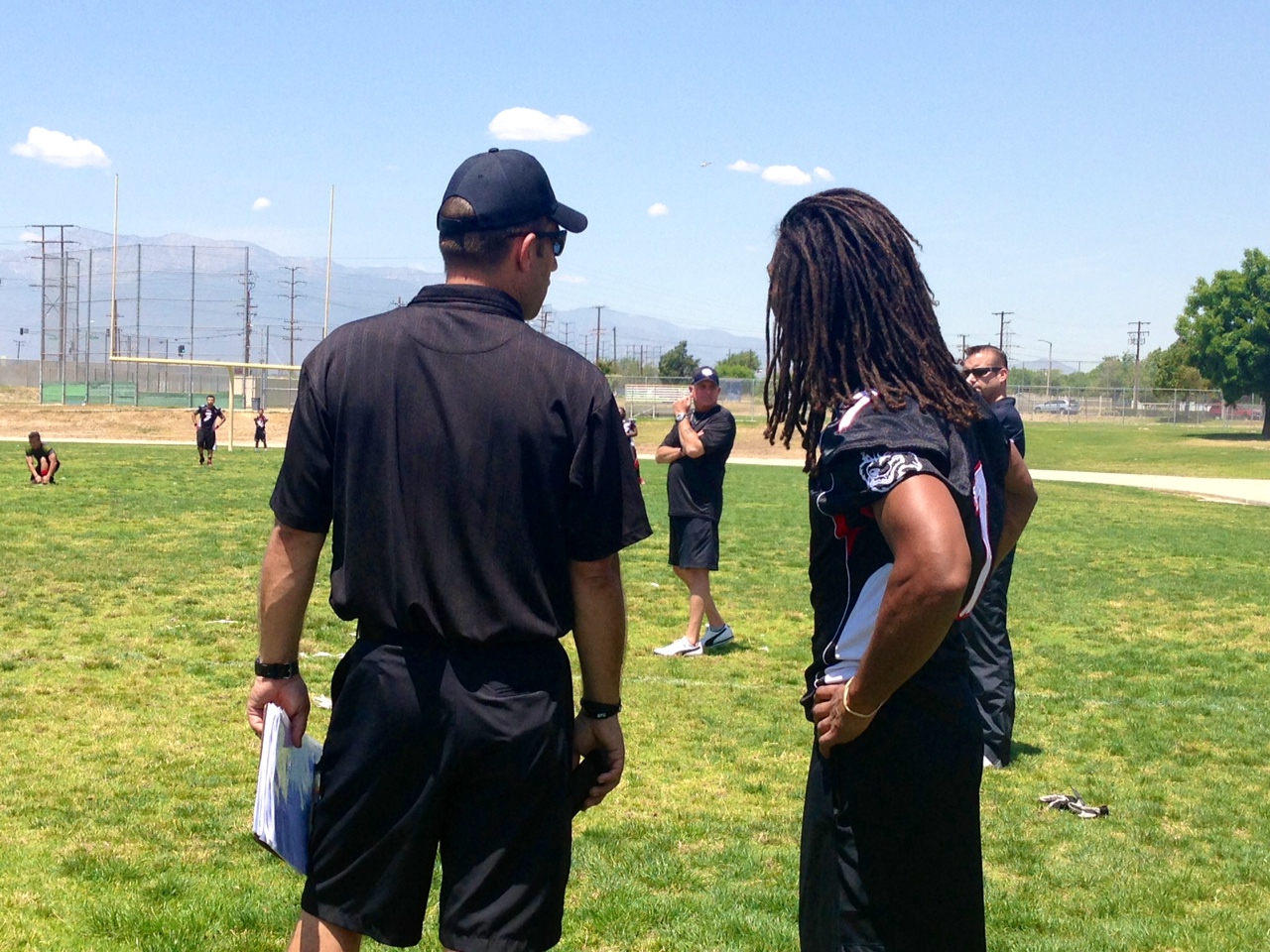 (PALM SPRINGS) – “Your mind is your most powerful weapon. The Coyotes will be heavily armed.”

With those words, Indio resident Jeff Covington stepped into his new job today as SoCal Coyote defensive assistant and special teams coach, bringing the team decades of experience honed as an instructor in sports, military, and law enforcement.

“Your greatest plan is only as good as your training after the first point of contact,” Covington said. “Special teams, especially kickoffs, are the first opportunity we have each week to engage the enemy and set the tone for the entire game. My job is to help our players find an advantage where others see disadvantage. We will be focused under fire.”

“Coach Cov” will work directly with Coyote assistant head coach and defensive coordinator Wayne Anderson Jr., in the continued maturity of the young defense, which vastly improved this spring.

Covington, 42, is heavily involved in youth sports in the Coachella Valley. A native of Orange County, California , he played baseball and football at Moreno Valley High School, before attending Southern Illinois University. He is an 11-year Corporal in the Riverside County Sheriff’s Department, where he also oversees training for advanced tactical firearms.

A Marine Corps Sergeant during six years of active duty, Covington served on missions to Africa and Japan.  He also played rugby in the service and is a martial arts black-belt. He has been married 11 years to wife Layna, and has two children, Makena (7) and Jayden (4).

In addition, Covington is an adjunct college instructor for the Public Safety Academy at College of the Desert, where he teaches Defensive Tactics/Use of Force. He is a PADI certified rescue diver and former member of the Riverside County Search and Recovery team.

“Coach Cov comes with the highest recommendations and is more than just a coach,” said Coyote head coach J. David Miller. “His core principles and values reflect his moral compass. He believes in ‘The Shield’ of faith, family and football, and the Coyote way is already a part of his DNA. He is a decorated instructor and a veteran soldier. He’s more than just a coach. He’s a motivator, a warrior, and a leader of men. He has touched many, many young lives throughout this community. We are blessed to get him.”

Covington will also oversee the team’s off-season conditioning program. “We will be all about accountability,” he smiled. “But we’ll have a lot of fun doing it. I already see some paint-ball team-building as part of the off-season program.