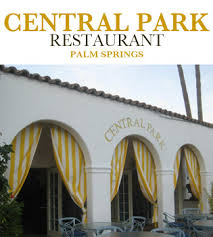 (PALM SPRINGS) – The finest professional football talent ever assembled to represent the Coachella Valley will be on hand to greet the local press when the AAA desert champion SoCal Coyotes host Media Day at tony Central Park Restaurant in the heart of bustling Palm Springs this Wednesday, August 21, from 1 to 3 p.m.

Lunch is free for all media members and the event is open to the public for photographs and autographs. It will be the last time Coyote players will be available to fans until the team ‘raises the cage’ next Saturday, August 24, at 7 p.m. at their new Xavier College Preparatory home against the San Diego Spartans.

All Coyotes will be available on Media Day, including superstars Rashad “The Franchise” Roberts, who led the nation with 24 receiving touchdowns last season; quarterback Nate Lewis, the 2012 National Player of the Year; defensive MVP Cedric Cox; and fan favorite All-American David “The Diesel” Cathcart.

Fans eager to get a glimpse at the pack of new Coyotes won’t have to look hard. Also present will be 6-7, 310-pound left tackle Chris Awambu, who played in the Senior Bowl last fall; 5-11, 255-pound Southeast Louisiana linebacker Devin Jones, MVP of the Bayou (La.) Bowl; and 6-3, 285-pound NCAA Preseason All-American speed rusher Devin Howard, who had 19 sacks over his last two college seasons.

A number of Coyotes are being scouted by teams in the Arena, Canadian and National Football Leagues, including several who came from the camps of the Tampa Bay Buccaneers, New Orleans Saints and Miami Dolphins.

The two-time World Champion San Jose Sabercats recently messaged the Coyotes “that we have targeted your organization as a team that has lots of talent and is game ready.”

“This is by far the best group of football players to ever put on the same uniform in the desert,” said team president and head coach J. David Miller. “Right now they’re a bunch of racehorses kicking their stall doors. They can’t wait for the gate to fall. We’re excited for media and fans to meet them and greet them before they go from docile to hostile.”

The Coyotes have three more practices left before the regular season. The team kicks off at 7 p.m. on August 24 against the San Diego Spartans in their first game as a member of the UFAL Eastern Division of the Southern California Football Alliance (SCFA).