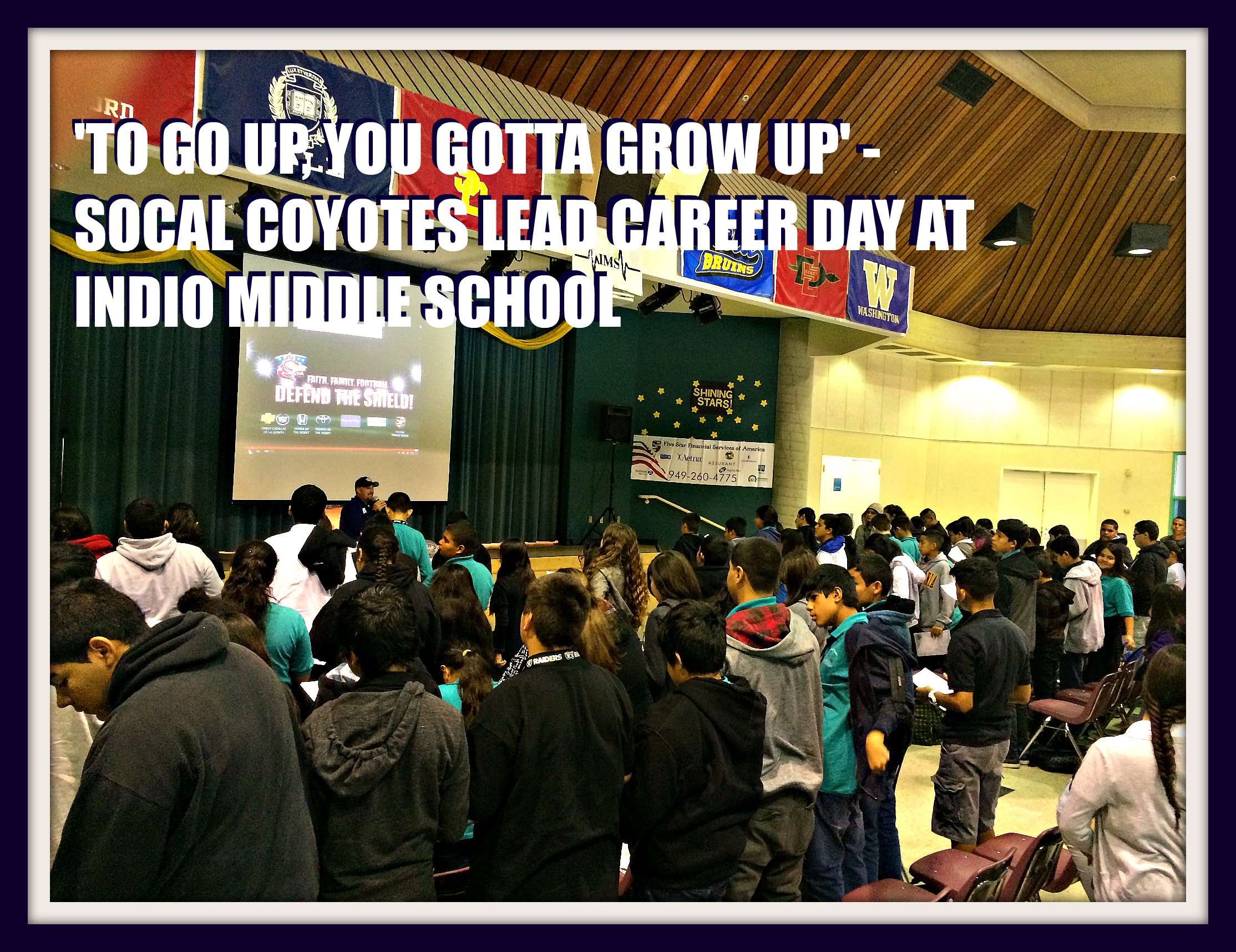 And that, explained the two-time champion SoCal Coyotes, is the very point of the ‘Coyote Leadership Quiz’ taught to hundreds of Indio Middle School students this week — a leadership ‘compass’ for career direction, regardless of the route.

The Coyotes, fresh off their trip to the title game of the nation’s top-ranked LaBelle Community Football League, wasted little time returning to serve in the Coachella Valley community. It was the team’s second ‘Career Day’ at a packed Indio Middle School.

With the visit, the Coyotes topped 14,000 Coachella Valley students who have heard players and coaches teach the team’s leadership curriculum in calendar year 2014.

Coyotes ‘instructors’ on this day were cornerback Shaine Boyle, whose 15 career interceptions are a franchise record; veteran Florida State product Cedric Cox, a former defensive player of the year; and superstar quarterback Michael Karls, who broke or tied nine franchise records in 2014.

AAA Hall of Fame head coach J David Miller encouraged students to “make your next move your best move,” and that “you can’t go up, unless you show up and grow up.”

The popular Coyotes Leadership Quiz challenges students on the basic tenants of a successful career, with questions like, ‘Do you respect authority? Do you read more than you watch TV? Does your body language speak louder than words?’

The highest possible score is 250, and students with 175 or higher earn Coyotes season tickets for their entire families in 2015.

As a non-profit sports leadership organization, the Coyotes have earned national respect for its strict Player Code of Conduct; Head of Household Work Leadership program (HOWL); and widespread community service. Coyote players and coaches are frequent speakers and volunteers in local schools, businesses, churches and charities.