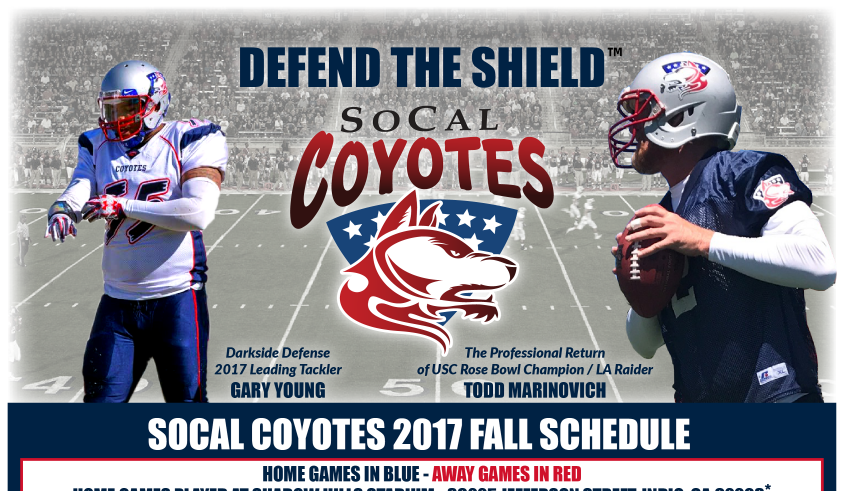 That’s the consensus of a surprised SoCal Coyotes staff this week, after the World Developmental Football League released its first-ever 2017 Pacific Coast Division schedule – and put the perennial champions on a grueling three-game road swing in the second half of their 10th season.

All Coyote regular-season games are on Saturdays with 1 p.m. kickoffs, and will be broadcast on ESPN 103.9, courtesy of Flood Response, the Coachella Valley’s #1 restoration and reconstruction corporation.

The Coyotes open at home September 2 at Shadow Hills Stadium against the California Sharks, then travel to Los Angeles to play the Scorpions.

They finish the regular season with on the road against the Sharks at the Oaks Sports Complex on the Soboba Indian Reservation in San Jacinto.

There is a silver lining. For only the second time in their 10-season history, the Coyotes could host a championship game, which the league awarded to Shadow Hills on Saturday, October 28 at 6 p.m.

The World Developmental Football League is in its fifth year of operation, with 32 teams in six countries. The Coyotes anchor the four-team Pacific Coast Division.