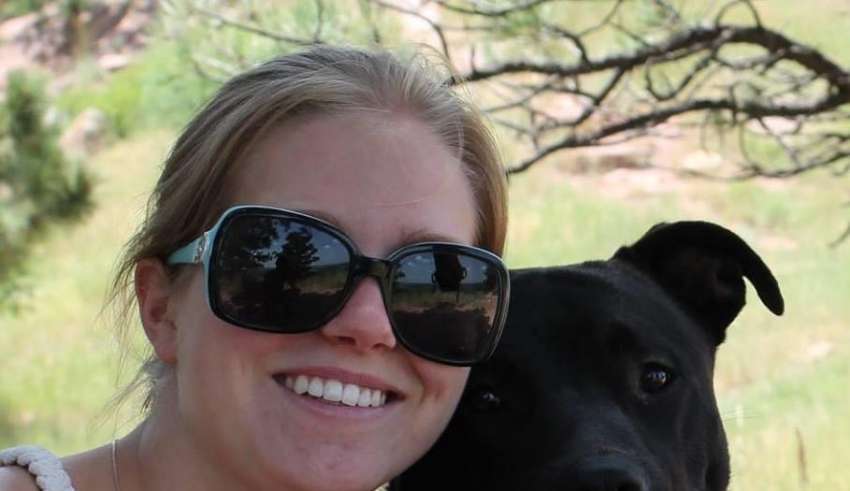 (CATHEDRAL CITY, Ca.) – Savannah Bey Miller, a Presidential Scholar from the University of Colorado, who earned her Master’s in Social Work from Metropolitan State University, has been named Director of Youth Mental Health and Services by the non-profit SoCal Coyotes leadership organization.

Miller’s graduate thesis focused on the non-profit Coyotes, and became the centerpiece of her entire graduating class. Those studies concluded that the SoCal Coyotes programs not only reach the most vulnerable populations, but also should be expanded nationwide.

Miller will lead new Coyote programs that address the needs of disenfranchised youth, minorities, vulnerable populations, and those less fortunate. The six-time champion Coyotes are the first major football organization of record to implement a non-profit platform to deliver life-changing social programs.

Her appointment by the Coyotes brings full-circle her young life, where as the daughter of Coyotes non-profit founder and head coach J David Miller, she’s had a front-row seat to witness the power of faith, family and football, it’s unbridled reach, and how it can transform the lives of others.

“From as far back as I can remember, I’ve been blessed to be a part of our great game,” Miller says. “I’ve watched how football uniquely brings love, trust and respect together to change lives.”

Savannah Bey now steps into the great traditions of the storied Coyote football organization with a different mission than ‘just’ winning championships:

She must implement behavioral, cultural and mentoring programs that bring lasting changing to all young lives in the Coachella Valley community, and beyond.

A UNIQUE PLATFORM TO CREATE CHANGE

“We have a unique platform here to create change, one that few social organizations enjoy,” she says. “Football crosses all lines, be they social, economic, educational, racial or vocational.”

Other little girls grew up with characters like Barbie Dolls or Curious George  – and learning life from children’s books by Lemony Snicket.

Savannah Bey Miller grew up with characters, too – her father’s legendary Hall of Fame college and pro football mentors such as Mouse Davis, June Jones, or Tim Marcum – and the entire Arena Football League, where her dad played, coached and eventually became a senior executive.

Born in Las Vegas, she was just three days old when she attended her first Arena football game at venerable Thomas & Mack Arena, home to the Las Vegas Sting.

“Every time the Sting scored, they thundered these cannons that literally shook the stadium,” recalls Coach Miller. “Savannah Bey was all wrapped up in her carrier, and she didn’t cry – there’d be this big boom, and she’d just laugh and laugh. We knew she was gonna be special.”

Life was her classroom; the human condition, her teacher. As her father, also a best-selling author, went from project to project, market to market, team to team, Savannah Bey became his sidekick. Learning city to city, each steeped in their own culture and conditions, she stayed wide-eyed with wonder, marinating in each person, each relationship, each experience.

Miller has watched this game transform her family, and forge a lifetime of opportunities. From crawfish boils in Texas, to simmering beaches with the five-time world champion Tampa Bay Storm, to the Sugar Bowl with the University of Hawaii.

At each stop, faith, family, and football were fundamental. She was the least surprised to watch her dad use all of their experiences to win six championships and turn the Coyotes into a ministry and a national brand – now America’s #1 Developmental Pro Football Program™.

“You can’t step into a huddle with all those different faces and be a racist,” Savannah Bey says.

“Respect in this game is earned. Love in a football organization is rich, and unconditional. Football is emblematic of what America can be. Football somehow brings people together in ways that so much of our culture cannot.”

“I watched my dad learn from the best,” she adds. “We both understand that when everyone is totally committed to excellence, if we genuinely care about one another, there is no limit to what can be achieved.”

In 2019, Coach Miller lost both of his parents, and Savannah Bey, her grandparents – particularly their matriarch, Italian immigrant mother and grandmother, Josephine Jayne Gagliardi. Painful though it was, it inspired Savannah Bey.

“Like the words of Winston Churchill,” she says, “’if you’re going through hell, keep going.’”

Head down, she became the first person in the history of either side of her family to complete both their undergraduate and master’s degrees. Next, Miller is ready to take everything she has learned, carry the load, step out from under the formidable shadow of her Hall of Fame father, and make history.

THE GREATEST FORM OF LOVE

“In 2009, my dad went to Hawaii to work with  (NFL, USFL, NCAA and XFL icon) June Jones,” she says. “They wrote a great book together – when June would call, my dad would put him on speaker, and I’d run to him so I could listen to what Coach Jones was saying. I’ll never forget one of those calls.

“June said, ‘Don’t compare yourself to anybody. We all have to go through something. A hero is a person that, when tested, excels, and in doing so inspires others.’

“That is something I will never, ever forget. June didn’t say a hero is the guy who wins the game, throws the touchdown, gets the trophy, or the million-dollar contract. He basically said ‘who are you when you get a little blood in your mouth – and can you take everything that’s happened to you and use it inspire others?

“The greatest form of love is to choose the best interest of another person and act on their behalf,” Savannah Bey says.

“I want to serve people that the rest of humanity have locked up and thrown away their key. I want to share the blessings of faith and love with those who need it most.”