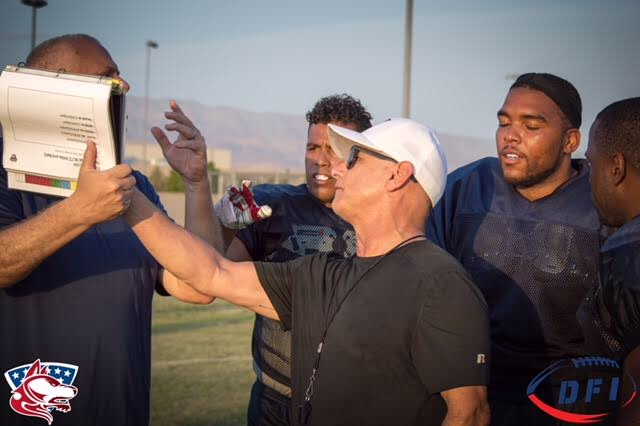 Johnson has deep desert roots. He opened Palm Desert High School as a walk-on volunteer coach in 1990. He became an integral member of a coaching staff that sent four straight teams to the DVL playoffs, including a championship in 1992.

Coach Johnson followed these results with a successful run at Central Washington, where he coached the defense and was freshman head coach. Notably during this time was his development of a young quarterback named John Kitna, who went on to play 15 years in the National Football League for the Seattle Seahawks, Cincinnati Bengals, Detroit Lions and Dallas Cowboys.

From 1996 to 2015, Coach Johnson was a defensive coordinator at Oregon’s Crater High School, Lakeridge High School, and Edgerton High School, the latter of which he served as assistant head coach.

He is married to his high school sweetheart Ann Johnson, and is the father of three children, three step-children, and six grandchildren.