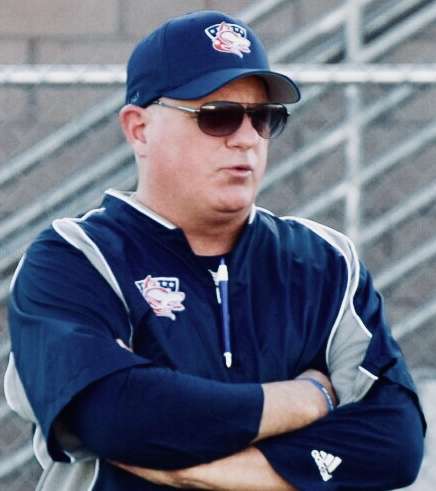 (INDIO) – For the 11th time, the SoCal Coyotes will open training camp today to start another season. But don’t expect the enormity of America’s #1 Developmental Pro Football Program™ to change much in the home of head coach J David Miller, who isn’t the type to be easily knocked off track.

The Coach starts his day each morning at 2:30 a.m., and spends the first half hour on his knees, praying over his family, extended family, Coyote staff, its ministry, and the leaders and residents of the Coachella Valley. 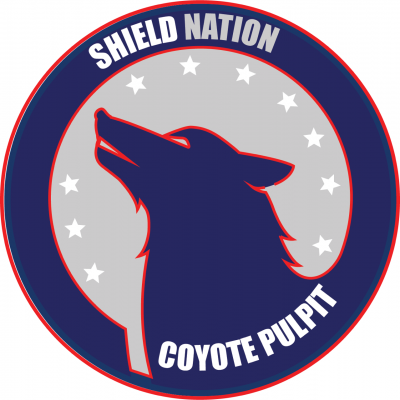 Before sunrise, he gathers his family to start their day in the Bible and pray a little more, specifically over four precocious daughters, who range in age from 16-28.

“It hasn’t always been this way,” Miller admits. “But God has worked us over good in the past seven years. Complete surrender to the Lord is liberating. So is a life of alignment.”

Apparently. These days, Coach Miller is a busy man. He relies on his faith to be calm, cool and collected in most high-pressure situations, which has earned him the title as arguably the greatest head coach in developmental football history.

Hands down, he has changed the culture of developmental football, and literally wrote the book on how a program can be the difference-maker not just for its players, but in the sweeping transformation of an entire community.

In seven years, the non-profit organization he founded has more online followers (20,000), impacts more youth (30,000 annually) and donates more resources to charitable organizations than any other program like it in America.

On the field, the five-time champion Coyotes have no peers. For their players, film is currency, and the Coyotes deliver more NFL, CFL and arena opportunities than any team in the country.

Despite his workload, which quadrupled this off-season, Miller keeps his strict daily schedule buttoned up, navigating seamlessly through a sea of meetings and responsibilities. He is also founder and chairman of Coachella Sports & Entertainment Stadium Authority, the desert’s catalyst for big-league sports, sports tourism and sports campus development.

The Coyotes’ tireless track record of passion for Coachella valley youth and local charities earned the trust and respect of the vaunted Berger Foundation, which is supporting Miller and his development partners Richmond Honan and OMREAL to build The Shield at 1 Coyote Way. A unique place of gathering for faith, entertainment and sports, The Shield will occupy a 125-acre slice of Berger Foundation premium property next to the Classic Club, the former home of the Bob Hope Classic.

In addition to it all, Miller must prepare his five-time champion SoCal Coyotes to defend their last title, after his 2017 undefeated squad became the first football team of the modern era at any level to go an entire season without surrendering a single point.

Miller is chairman of the competition committee for the exploding Developmental Football International (developmentalfootball.com), which he describes as the Chick-Fil-A of faith, family and football. DFI is the only scalable pro football opportunity, with a goal of 100 teams in 60 months, and it’s literally Miller’s responsibility to groom the other teams and their coaches to beat him.

As if he needed one more thing on his plate, Miller starts two new radio broadcasts in September. The Howl & Prowl Coach’s Show™ and Faith, Family, and Your Future™ will both air exclusively on digital iHub Radio (ihubradio.com). As Shield of Dreams™ productions, the shows are produced by Coachella Sports & Entertainment.

Coyote Pulpit caught up with Coach Miller in his office this week as he put the finishing touches on preparation for the Coyotes ‘Above the Line’ player orientation. Miller opened up about the major challenges facing the organization, and how pressure and expectations have dramatically increased.

Heading into the season, there are entire playbooks, policies and procedures for players to digest, in a very short time. For Miller and the rest of DFI’s coaches, it’s their job to narrow it down in camp, so players get a clear grasp of what they must accomplish.

Miller’s program is a ‘conveyor belt to manhood,’ and he demands that players embrace character, leadership and community-building as part of the process, from the moment they arrive.

“We won’t water down our emphasis on faith or family,” Miller says. “That’s our core competence.”

In addition to their contracts, Coyote players sign a strict code of conduct and social media policy, and are required to work somewhere in the Coachella Valley. From the minute players step into the locker room, they are equipped with the tools and resources to live a life of alignment that is always Above the Line™.

Miller admits his mindset has evolved over the years. He is 129-23 lifetime, and 80-13 with the Coyotes.

“We run short camps, which we learned working with Joe (Haering), Mouse (Davis), June (Jones) and  Tim Marcum, down in Tampa Bay,” Miller said. “We believe in intelligent players, short camps and fresh bodies heading into week one. It’s a long season.”

Miller noted that the modern culture of instant gratification presents a challenge for coaches.

“We admit that the current culture and the modern culture creates a difficult environment,” he says. “But we’re not a ‘player’s coach,’ or a ‘coach’s coach,’ or any of that crap. Coach (Mark) Ramer and I are results coaches. We eliminate anything and everything that doesn’t produce measured results.”

The Coach shakes his head. “If you’re asking me to admit if, at times, we have to take a breath dealing with millennials, and approach them a little differently, then yes, we do. But here’s the deal – we’re not joining them. They’re joining us. We have a responsibility to lead them, ground them and nurture them.

“It doesn’t matter what ship you came in on,” he adds. “We’re all in the same boat now.”

Today, coaches around the country are now duplicating the Coyote model, down to the paper clips. Miller’s success is hard to argue: The Coyotes haven’t lost since 2015, and take a 27-game win streak into their Shadow Hills home opener September 8 against The Bulldogs of San Diego.

But if you ask Coach Miller the real secret of the Coyotes, he doesn’t mention trophies, playbooks or the plaques on the walls.

“Prayer,” says the Coach. “Don’t ask God to remove you from the fight. Ask Him to sustain you in it.”

(The Coyotes are gearing up for the season! Make sure you know everything before we kickoff 2018 for real! Take a second and join SHIELD NATION: COYOTE PULPIT – sign up for our FREE Coyotes newsletter! Email [email protected]!)