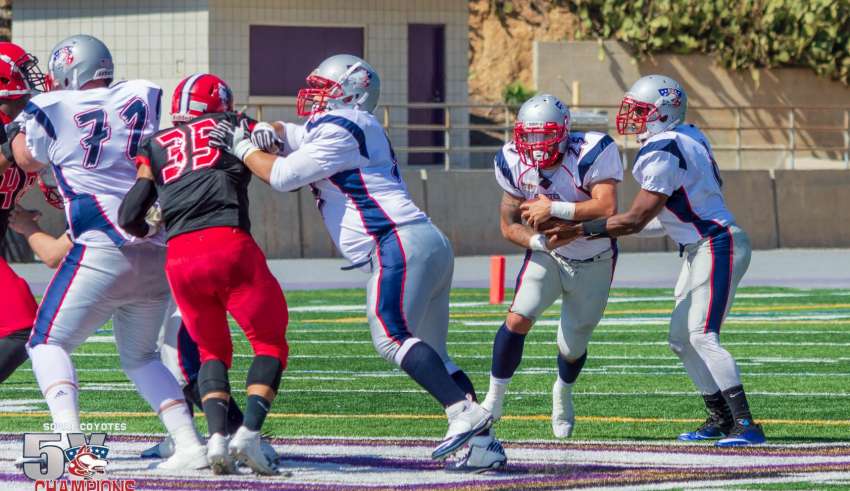 The win propelled the Wolfpack to 3-0, while snapping the Coyotes 28-game win streak dating back to 2015. It also marked the first time the Coyotes had been scored on since 2016.

The Coyotes (1-1) started nine rookies, and had weaknesses exposed on both sides of the ball. A 10-play, fourth-quarter drive would have cut the Wolfpack’s lead to a one-possession game, but a bad snap and ensuing fumble ended the Coyotes hopes.

Five times the Coyotes were deep in Wolfpack territory and came away with no points, either due to turnovers or miscues.

The Coyotes return to action this Saturday on the road against the California Sharks at John Elway Stadium in Granada Hills. Kickoff is 5 p.m.