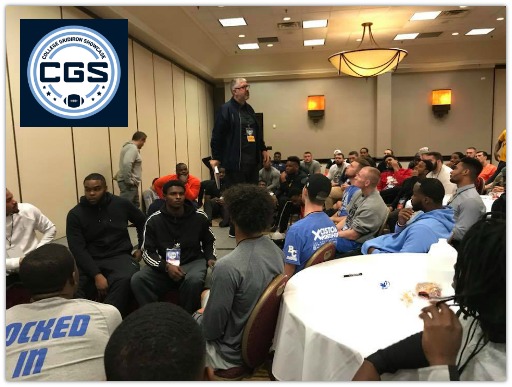 With nearly a third of their 2017 undefeated Pacific Coast championship team already advancing to professional opportunities, the Coyotes must restock and reload a roster for what has swiftly become one of the nation’s most dependable breeding grounds for talented young men.

Enter Wayne Anderson Jr., a pro and NCAA coach at every level – and former SoCal Coyotes assistant head coach. Anderson is back for his third season as offensive coordinator at this week’s College Gridiron Showcase, a fishbowl for NFL longshots. The Coyotes will look to the veteran Anderson for recommendations.

“For every player here, more game film and game experience is often all they need,” says Anderson, who also led the Brooklyn Bolts of the FXFL to a title after his two seasons in the desert with the Coyotes.

The 2018 College Gridiron Showcase provides exposure and education for top college senior football players from around the country. The players are selected by a panel of football experts and spend a week under evaluation by professional scouts.

Former Coyote quarterback Jacob Russell came from the stocked pond of the College Gridiron Showcase. In 2016, Russell, the Campbellsville University and NAIA National Player of the Year, earned the job as a rookie and broke or tied seven franchise marks en route to another perfect Coyote season. Russell’s 67-percent passing, 35-2 TD-INT ratio and 134.1 NFL QB rating are still Coyote records.

“Talk to any coach, at any pro level, who has had a Coyote come their way, and they all say the same thing,” says Coach Anderson. “Coyotes come to work disciplined, clean-living, respectful, and most of all, game ready.” 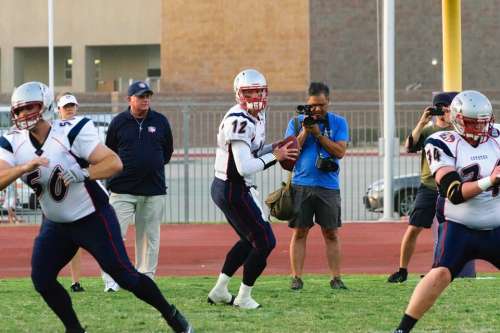 ct and Social Media Policy, the faith-based non-profit also requires them to earn their stripes as solid community citizens. This includes employment, and participation in ‘Above the Line’ leadership symposiums and clinics to area youth.

Under head coach and Run ‘n’ Shoot guru J David Miller, the Coyotes have won five championships since 2012, and are currently riding a 27-game win-streak that dates back to 2015.