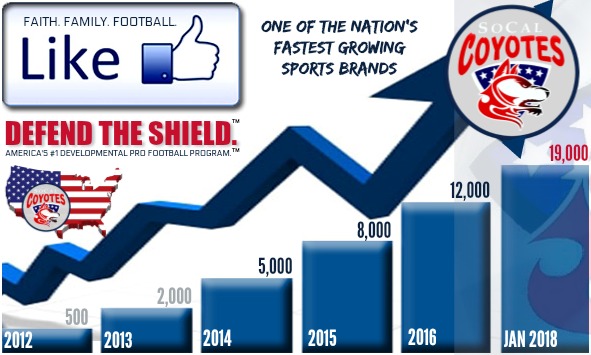 By comparison, the St. Lucie Mets, the new home of celebrity slugger Tim Tebow, have 12,600. The Star, the 91-acre campus that hosts the world headquarters of the Dallas Cowboys in Frisco, has 22,311.

The Coyotes have set a national standard for excellence, playing for eight championships and winning five since 2012. They enter their sixth year and 11th season with a 27-game win streak that dates back to 2015.  The Coyotes have meticulously built a dominant national brand now synonymous with ‘Faith, Family & Football,’ and other trademarks such as ‘Building Champions, Building Men™,’ and ‘Defend the Shield™.’