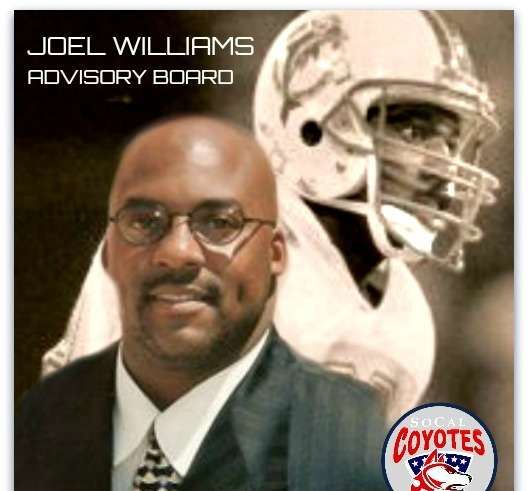 Mr. Williams, whose collaboration and support of numerous charitable organizations and fundraising events include the opening ceremonies of the California Special Olympics, SHAQtacular, Operation HOPE, the NFL Players Association, and Burke Aquatic Foundation, has been called a “big man with a big heart.”

Mr. Williams earned a degree in American Studies from Notre Dame, where he was a four-year monogram winner and named Most Improved Player. He was a member of the unranked 1986 Irish team that overcame a 31-9 deficit at #17 USC, and won 38-37 on a field goal with two seconds to play.

Drafted by the Miami Dolphins, Mr. Williams played tight end and special teams, and finished his career with the Atlanta Falcons. For seven years, he served as Program Director of the Los Angeles Chapter of the National Football League Players Association.

A renowned speaker, Mr. Williams offers wisdom and experience on team-building and excellence, which he gained through professional football, his dynamic work with youth, and success in business.

His grandparents, James and Marguerite Nash, were influential and well known for their work in the ‘40s ‘50s and ‘60s as pro-community social activists in Akron, Ohio. In their fight for Equal Rights, they attended White House conferences and dined with President John F. Kennedy, and again with President Lyndon B. Johnson.

A native of Pittsburgh, Pa., Mr. Williams is a dedicated husband and proud father of three sons, Alec, Josiah, and Asa. He and his wife Marie, a professional educator, make their home in Orange County, California.