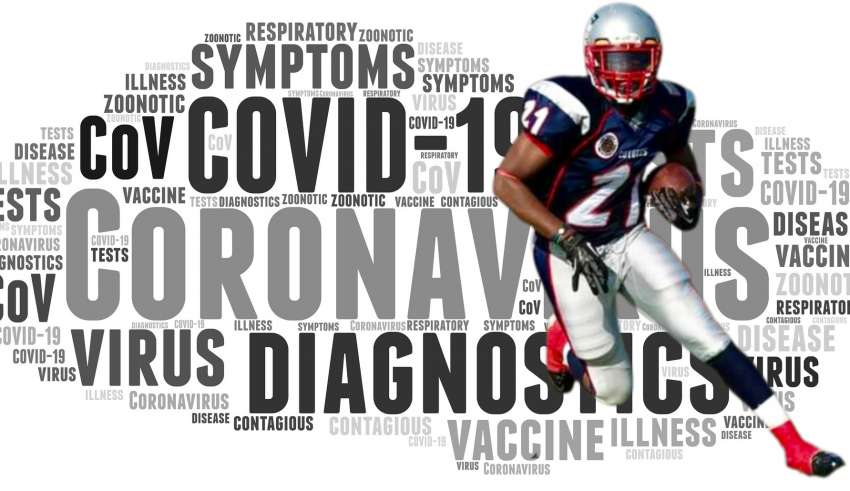 (CATHEDRAL CITY, Ca.) – On March 12, 2020, the clock stopped for The SoCal Coyotes, America’s #1 Developmental Pro Football Program™. One by one, sports league after league – the NBA, MLB, MLS, NHL, NCAA, PGA, Formula 1 and the XFL – either cancelled or suspended play, as the reality of Covid-19 gripped the world.

Since 2012, the Coyotes – winners of six titles in eight championship appearances – have flooded the pro ranks with prospects, built a national brand and staked their reputation on ‘Building Champions, Building Men™’, all while impacting more than a half-million Coachella Valley youth through their leadership camps, clinics and symposia.

Now, in a single day, the handwriting was on the wall for possibly the Coyotes, and thousands of organizations just like them.

“We realized right then it was pivot, or die,” says Coyotes’ non-profit founder and Hall of Fame head coach J David Miller, who is also chairman of Coachella Sports & Entertainment Stadium Authority (CSESA).

Covid-19 would make 2020 the first time in nearly a decade that the Coyotes didn’t field a team.

In October 2020, the Charities Aid Foundation reported that Covid-19 had shuttered fully one-third of all non-profits in the nation. At the same time, Forbes estimated that nearly 170,000 small businesses were closed for good. Sports programs were crippled – without the exorbitant Covid-protocol budgets and ‘bubbles’ that only major pro sports and Power Five NCAA conferences could afford, thousands of sports opportunities such as minor-league baseball – and Coyote football – became memories, overnight. 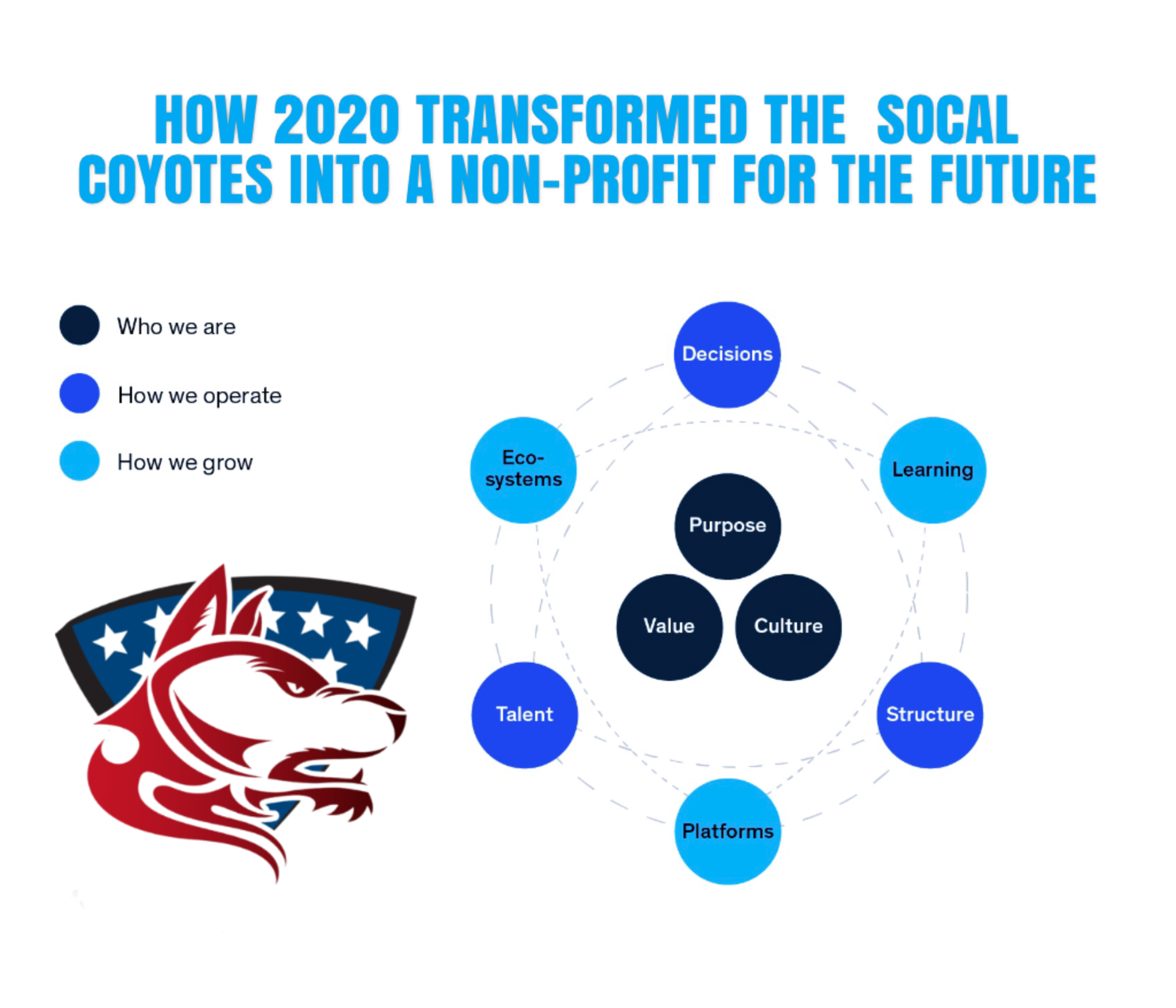 Fortunately, the Coyotes hadn’t waited for Covid-19 to rethink why they exist, who needs them, and how to play a significant role in the Coachella Valley community.

For the past two years, behind the scenes, Coach Miller – a former CEO of three multi-million-dollar companies – had been carefully planning a separate business strategy.

Miller was counting on his hand-picked, top-flight senior staff to deliver on his hefty promises to the youth and community of the Coachella Valley.

Along with SVP Ron DiGrandi, Miller’s chief lieutenant, and Athletic Director Dr. Robert L. Cummings, the Coyotes had been hard at work becoming as formidable off the field as they have been on the gridiron.

“Call it fate, call it luck, reading the tea leaves, or divine intervention – but when Covid-19 struck, we were ready,” says former three-term Indio Mayor Michael Wilson, now CSESA Chief of Staff, and board member.

“The Coyotes are cultivating leadership in underserved populations, laying out sustainable educational and vocational opportunities, and filling holes that contribute to the overall health of our community.”

By April, the coronavirus had wrapped its tentacles around the Coachella Valley. With stress levels soaring, the Coyotes stepped forward to deliver food and minister to vulnerable communities; serving alongside therapists as advocates for the mental health and public safety of those in need.

‘FAR MORE THAN A  FOOTBALL TEAM’

It was evident in March, said Miller, “that in the worst of times, our community needed the best of times from our organization, which has become far more than just a football team.”

How, exactly, did the Coyotes transform into a non-profit for the future?

“Non-profits that survive Covid,” says DiGrandi, himself a veteran community-builder of 37 years, “will be those whose mission and programs adjust to changing needs in a rapidly changing world.”

Once Covid officially sidelined the team for 2020 (and quite possibly, 2021?), instead of caving under fear and uncertainty, the Coyote non-profit staff took a page from the football coaches, and were determined to peak under pressure. With its non-profit game plan already in place, the Coyotes pivoted from football and hit the community running.

Overnight, the Coyotes adjusted to distance-learning, offering its motivational and instructional ‘Above the Line’ leadership curricula via Zoom to thousands of young people. Other changes were just as huge.

“Health crises are an opportunity for us to step up and connect meaningfully with people in our community like no other time in history,” Miller says. “Leading with empathy, vulnerability and compassion is vital to weathering this crisis, and setting the stage for recovery.”