Home PACK ATTACKS ‘HOW DO I GET THERE FROM HERE?’ COYOTES OFFER VISION OF HOPE 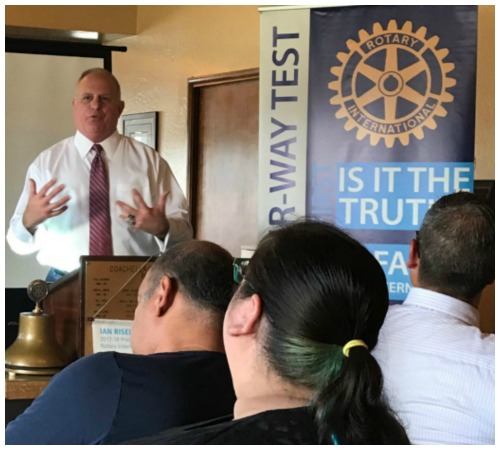 “Hoover Dam required big thinkers with unshakable belief, and the end result was a lifetime of power and opportunity,” said J David Miller. “Likewise, we believe every child in the Coachella Valley corridor deserves a similar vortex of ingenuity, strength, hope and opportunity.”

America’s #1 Developmental Football Program™ just finished its third undefeated season – the Coyotes are riding a 27-game win streak that dates back to 2015.

Off the field, the Coyotes are tireless community champions. Their award-winning ‘Above the Line’ leadership initiatives, curriculum, camps, clinics and symposiums affect 30,000 Coachella Valley youth annually.

“We bear the burden of every child who deserves to be heard, deserves a career flight path, and deserves an answer to the simple question of ‘how do I get there from here?'” he said.

Coach Miller used the town hall platform to share the Coyotes vision for The Shield at One Coyote Way – a proposed multi-purpose educational, sports, recreational, medical, business centrifuge that will generate as many as 2,400 jobs and labor income of $1.8 billion over two decades.

If those numbers are realized, local and state tax revenues will top more than $260 million, “which underwrites decades of solutions,” Coach Miller said. “We believe the City of Indio will one day be a hub of human potential. We’re proud to be part of the future of Coachella Valley.”