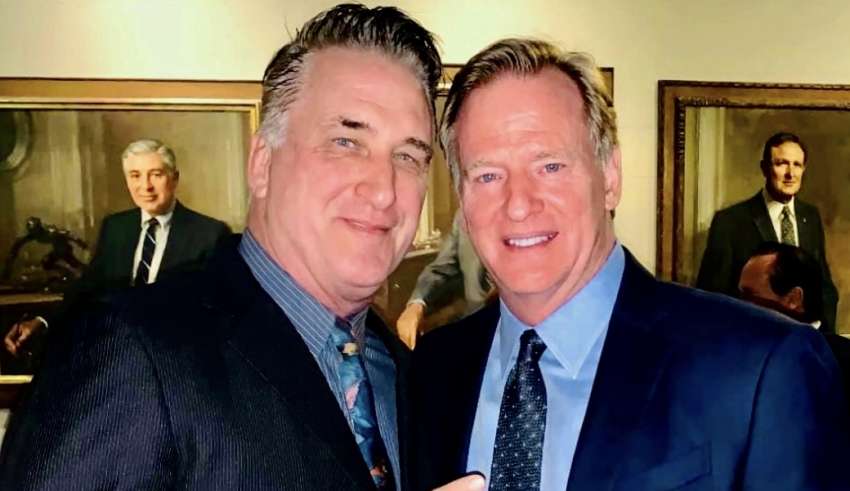 “I’ve been in 150 movies and all over the world, and I’ve never seen anything like the Coyote program,” said Baldwin, after investigating the Coyotes’ non-profit organization, and its football platform, which an NFL GM labeled ‘best in the nation’ in 2014. “Audiences will be fascinated by the SoCal Coyotes.

“They deliver far more than just championship football – they are a factory of leadership.”

The roaring success of Netflix’s “Last Chance U” and HBO’s “Hard Knocks” have raised the public’s interest in reality sports documentary television, as both took viewers behind the scenes of the personal and professional lives of players, coaches and staff at different college football and NFL teams across the country.

The Coyotes are the first American developmental football organization engineered to cultivate the annual flow of 16,000 Division I, II, and III prospects. It is the first turn-key franchise platform to develop elite athletes who are attempting to thread an NFL/CFL needle of opportunity.

‘Above the Line™’ leadership development is a Chief Cornerstone of the Coyotes, where becoming a “Game-Ready Player’  also requires prospects to be a ‘Life-Ready Man™.’

Baldwin predicts the Coyotes will be a ‘binge-worthy series’ for streaming services.

“Capturing authentic documentary experiences like the Coyotes is what viewers crave,” he said. “When Coach Miller told me, ‘These young men need love the most … sometimes when they deserve it the least’ – it just sucked me in. To watch this organization in action was a life-changing experience.”

Parrot Analytics, a global data company that empowers media leaders, creators and scientists on content decisions, validates Baldwin’s claims. According to their numbers, Last Chance U left the world salivating for similar content, with an audience demand of 6.6 times more than any TV series in the United States.

“Modern culture is screaming for noble men who can stand tall in their homes, their relationships, and their communities,” Baldwin said, noting Last Chance U had higher demand than 98-percent of all Documentary Genre titles in the United States.

“The SoCal Coyotes are a remarkable ministry, and they deliver a powerful story of  ‘Faith, Family, Football,'” said Baldwin. “We want to capture what Coach Miller calls the ‘conveyer belt to manhood, where everybody goes in lost, with an asterisk next to their name, but comes out found, with a purpose.”

The second oldest of the famous four Baldwin brothers, all of whom are actors, Daniel – a former college football player – even played a few snaps with the team, to the delight of howling Coyote players.

Now 14 years into sobriety, Baldwin also told the team how alcohol and drugs nearly cost him his career, and his life. “Without God,” Baldwin humbly told the Coyotes, “I wouldn’t be here.”

Baldwin played the role of Detective Beau Felton in the long-running hit NBC TV series Homicide: Life on the Street.

THE COYOTES open the season April 17 at 1 p.m. against San Diego, in their new home at Palm Valley School.

The six-time champion SoCal Coyotes are the national standard of American developmental football, and are 88-13 under Hall of Fame head coach and non-profit founder J David Miller. The Coyotes’ organization provides elite athletes a professional environment that refines and showcases their skills through

Additionally, the Coyotes’ 501c3 and award-winning ‘Above The Line™’ leadership programs impacts the social, mental and physical growth of more than 50,000 youth annually through remedial curriculum, training camps, clinics and symposia.

CSESA sports and entertainment partners are dedicated to all aspects of festival, exhibition, broadcast, merchandise and special events.

CSESA believes the Coachella Valley’s greatest resource is its human potential, and invests heavily in community development and youth leadership initiatives like the SoCal Coyotes.