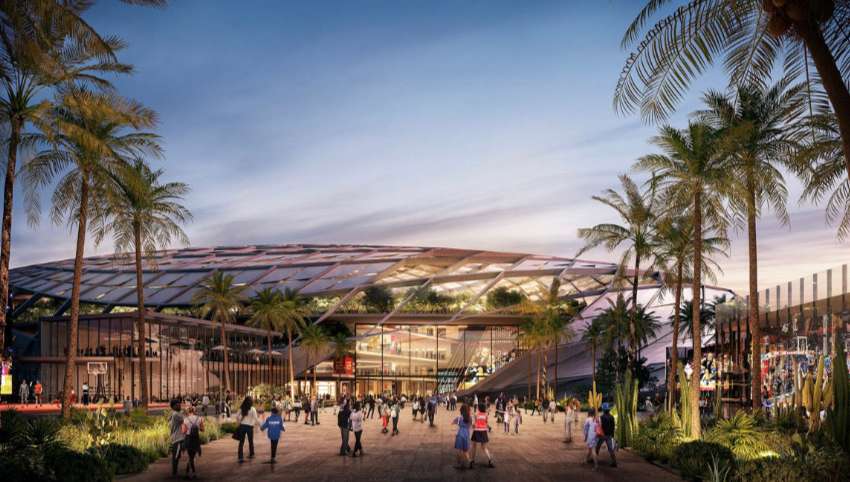 (COACHELLA VALLEY) – Developers have announced preliminary plans for The Shield at 1 Coyote Way, a state-of-the-art sports, faith and medical campus that will include a 10,000-seat arena and 14,000-seat indoor sports stadium, to be built on 1.6 miles of freeway frontage at Date Palm and Interstate 10 in Cathedral City. 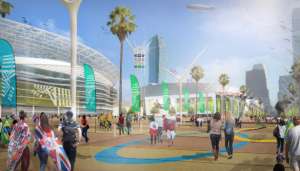 Miller’s vision is ‘a centrifuge of hope’ – a massive, faith-based, family-first destination, one that would be a sports-tourism hub, and home to the desert’s top medical district, including a neighborhood hospital, ambulatory surgical center and medical office building. Hotel offerings would include four-star, limited-service and resort facilities.

Both Riverside County and Cathedral City officials have voiced their unanimous approval for the project, which will deliver 2,500 jobs and pump a projected $100 million into the desert economy over the next decade.

In 2017, CSESA was commissioned by Riverside County to investigate what role the Coachella Valley could play in the $15.3-billion sports tourism industry. Their subsequent report, entitled ‘The Future of Sports Tourism,’ revealed that only a lack of venues prevents the desert from participating in this billion-dollar industry.

Miller envisions The Shield at 1 Coyote Way as the future home of youth sports clinics, camps and tournaments, leveraging on the success of his SoCal Coyotes, which already impact over 50,000 youth annually.

CSESA is in a due-diligence period on the 588-acre parcel for the proposed project.

According to a county zoning map, portions of the property are approved for both residential and commercial projects.

Parcels are zoned for a business park, while other areas are zoned for “tourist and commercial,” designations that would permit medical office buildings, micro-hospital, stadiums, restaurants, and residential.

Similarly, the existing land use map covering the property sets aside parcels for villas, retail space, condominiums and an industrial park.

CSESA has already identified potential hotel and senior living developers interested in building portions of the property, and each component of the development will likely be financed separately.