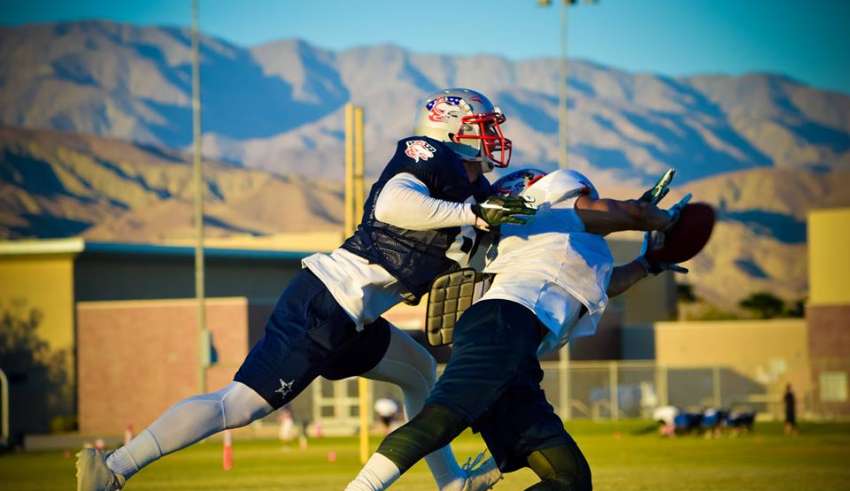 (INDIO) – When the coaching staff of the five-time champion SoCal Coyotes sits down each week in the team’s war room for early-summer roster engineering, the meetings go off exactly like one of their games: Timely, efficient, to the point, and with painstaking attention to detail.

The ‘Coyote Way’ – the team’s formula to replenishing the roster and creating chemistry – is on full display.

“One hundred mph, no fair dodgin’,” quips head coach J David Miller, who has delivered five championships to the Coachella Valley with a revolving door of prospects.

The Coyote Way is a system his staff has perfected, one that is beautiful in both its consistency, and simplicity.

Before the coaches even sit down, everyone is working from a prospective 2018 roster built on the following criteria –

Echoes Mark Ramer, who was promoted to assistant head coach this spring: “We like guys who seek out our opportunity determined to become better players, better fathers, better husbands, better men.”

Speaking of faith – it’s not required, but respect for it is. So is total compliance to the team’s policies and procedures. It’s all about eliminating distractions, and defining a prospect’s purpose.

More than any team in developmental pro football, the Coyotes understand the efficacy and efficiency of every player. They have a by-the-numbers formula for every position. For instance, Coyote quarterbacks must deliver ‘300-60-15-and 4-1.’

And so each meeting goes, position by position, player by player, with intense scrutiny. Coaches carefully consider each one, defined first by the player’s unquenching desire to improve as a man, and second by his ability to deliver the math, required by position, for the Coyotes to win.

In a word, the process is brilliant. You can’t argue with results. The Coyotes collect and relay information, worried far more about the strengths, weaknesses and tendencies of their own players – and opponents, not so much.

“The Coyote Way means we will field 11 players on both sides of the ball and special teams who can adapt to whatever the opposition brings,” says Ramer.

Information, however, is like avocado ice cream: Surprisingly delicious, but there’s a limit. “Young coaches love the sound of their voice,” says Ramer. “Young coaches tend to over-coach. They scream and yell and try to cram 8,000 ideas into a single week.

SoCal’s process means every piece fits. What they do today in the board room will come to life this fall in the locker room. No effort is wasted – from the absolute loyalty, leadership and consistency of the team captains, to the humble shock and awe required from the rookies.

“It’s all about clear expectations,” says Coach Miller. “We boil it down to attainable goals, with measureable results. The Coyote Way allows us to plug and play. For the true prospects, it also demonstrates how well they can be system players when they advance.”

Miller is 80-13 with the Coyotes (.882 winning percentage). Along with Coach Ramer and the rest of the Coyote coaches, they never lose sight of the bottom line –

Piece by piece, part by part, player by player, the coaches will spend summer ‘backing into the math,’ cranking up the ‘Coyote Way.’

So. With two full months before training camp, how do the 2018 Coyotes look on paper?