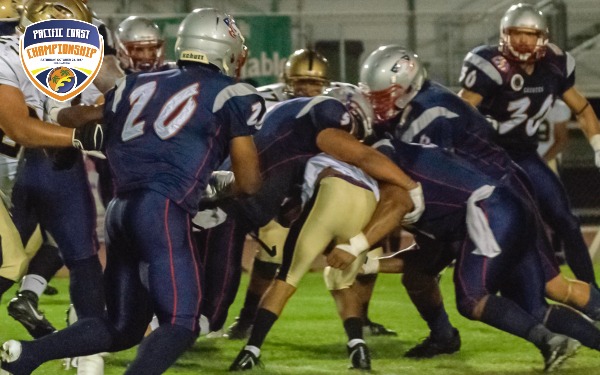 (INDIO) – A merciless ‘Darkside Defense’ and a pounding ground game led by surprising option quarterback Ridge Turner and S-back Dylan Peebles led the SoCal Coyotes to a 50-0 victory over the Los Angeles Scorpions to claim the Pacific Coast Championship of the World Developmental Football League.

Turner, a former Louisiana prep legend and West Alabama standout at cornerback, was pressed into action as the Coyotes fourth starting quarterback of the season.

Capping a turbulent season that began with August two-a-days in 110-degree desert heat, SoCal demonstrated the resolve that is synonymous with the entire Coyote organization.

The Coyotes posted a franchise-record seventh-consecutive shutout, and the win marked the first time America’s #1 Developmental Football Program™ has finished a season without surrendering a single point.

It was the Coyotes 27th consecutive victory since 2015, their fifth title, and their third undefeated season.

A well-coached, well-prepared and hard-hitting Los Angeles team came to play. The first quarter ended 0-0, and the Scorpions were the first team to hold the Coyotes scoreless for the first period in 16 months.

But it was a matter of time before the Coyotes’ defense, disciplined athletes, and remarkable sideline communication would take control of the game. The dam broke when Coyote linebacker Devin Jones scooped up a fumble early in the second quarter and rumbled 31 yards for the game’s first touchdown.

Linebacker Demajiae-Reed-Samuel had his best game as a Coyote, with a thunderous sack and three tackles for loss. Cornerback Shaine Boyle added an interception.

The veteran Turner impressively stepped in to quarterback the Coyotes Run ‘n’ Shoot. Relying on his wrist coach and the system, Turner called his own plays, and led six impressive scoring drives.

Peebles played his best game of the season, hammering through the Scorpions on inside runs while Turner attacked the perimeter with the Coyotes ‘Ohio’ option package.

Collectively, the Coyote pair rushed for 190 yards – Peebles accounted for 109 yards on 20 carries, including a six-yard score.

Turner threw two touchdowns and ran for one, with slotback Josh Meier and receiver LeRon Wilson hauling in scoring receptions of 10 and 33 yards. In relief of Peebles, Wilson added a five-yard touchdown on the ground. 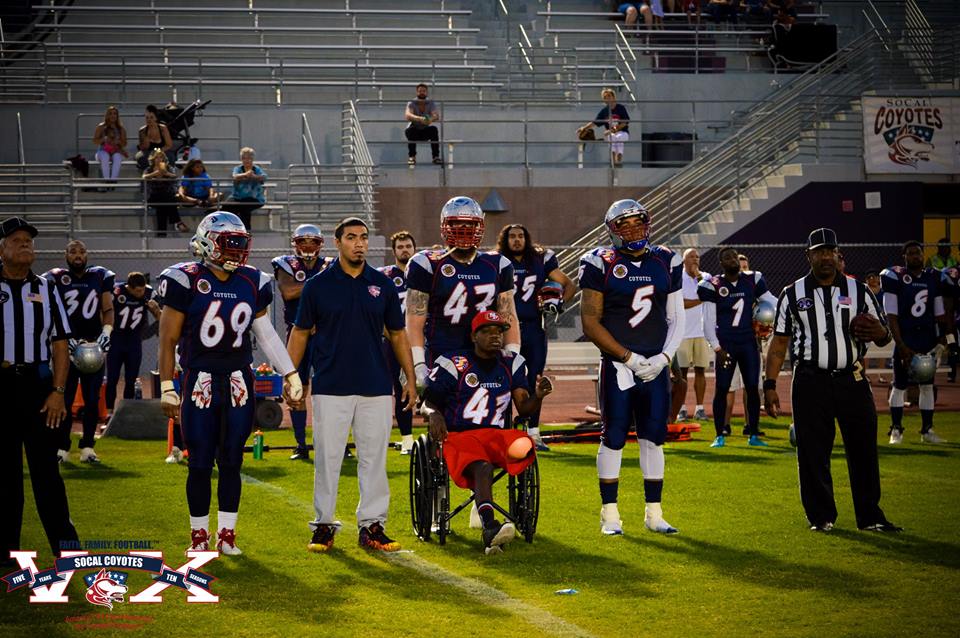 HONORABLE CAPTAIN Sebastian Hall joined his former teammates and Coyote family on the sidelines with a courageous appearance since a near-fatal accident a month ago.