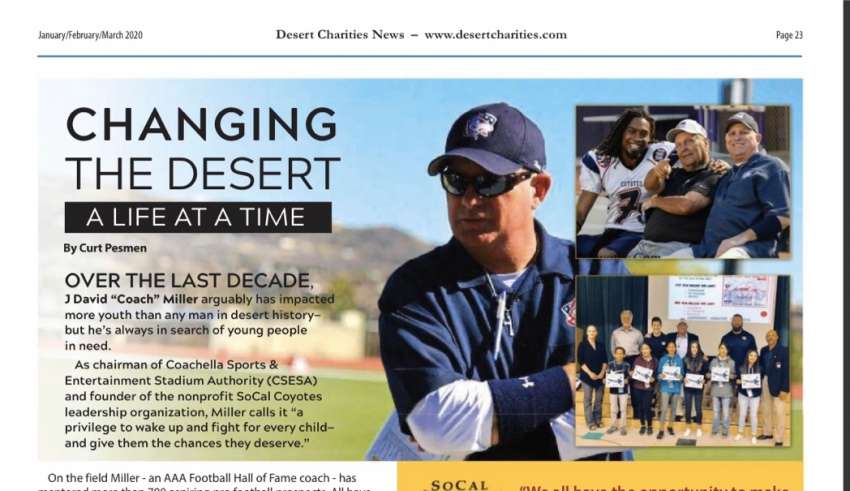 (INDIO) – The six-time champion SoCal Coyotes non-profit organization was honored this week in the January 2020 issue of Desert Charities News (DCN) for “changing the desert, one life a time.” 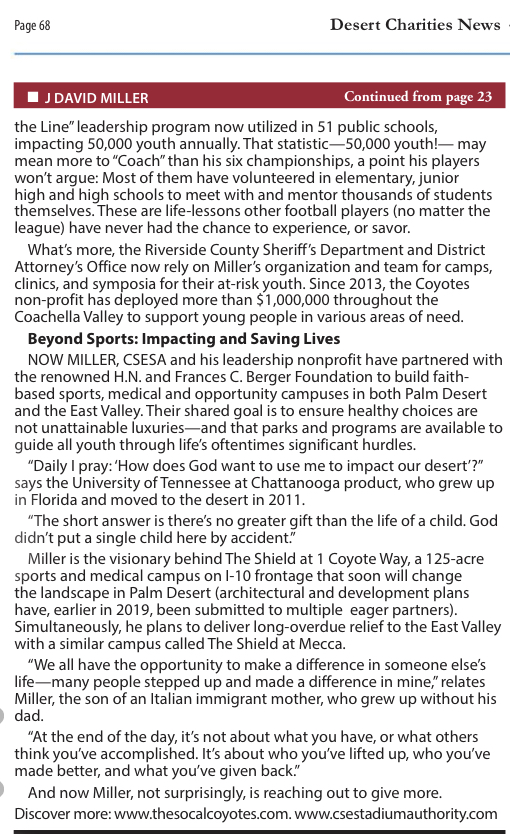 DCN released its annual “Men in Philanthropy” issue, which recognizes prominent local executives of charitable organizations, and the impact they make throughout the Coachella Valley.

Non-profit founder and Head Coach J David Miller and Senior Vice President Ron DiGrandi were featured on pages 35 and 41, and half-page feature on the Coyotes organization appears on pages 23 and 68.

“It’s a privilege to wake up and fight for every child – and give them the chances they deserve,” said Coach Miller, who also congratulated all the other honorees.

In addition to the Coyotes, both Miller and DiGrandi support and donate to a host of other charities, and serve on many boards.

Off the field, the Coyotes impact more than 50,000 youth through their ‘Above The Line’ leadership camps, clinics and symposia.