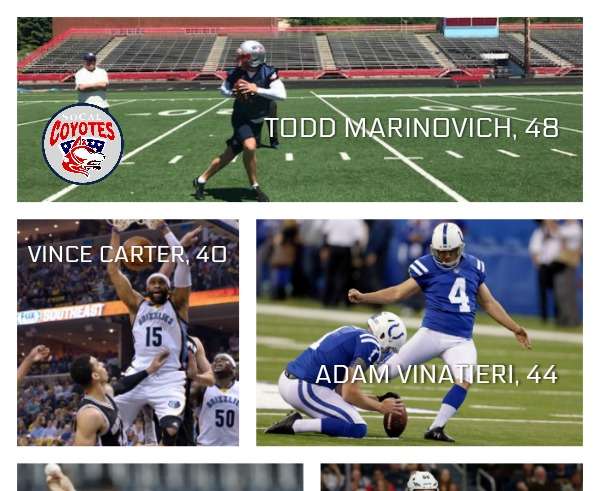 (INDIO) – The SoCal Coyotes signing this week of pro football comeback quarterback Todd Marinovich at age 48 begs the unavoidable question: How old is too old, to play pro sports?

Currently, the oldest player in the NFL is Indianapolis Colts’ venerable kicker Adam Vinatieri, 44. In the NBA, it’s Vince Carter, 40, of the Memphis Grizzlies. In the NHL, it’s bruising right-winger Jaromir Jagr, 45, who last played for the Florida Panthers. In Major League Baseball, it’s the hard-throwing Bartolo Colon, 43, of the Atlanta Braves. 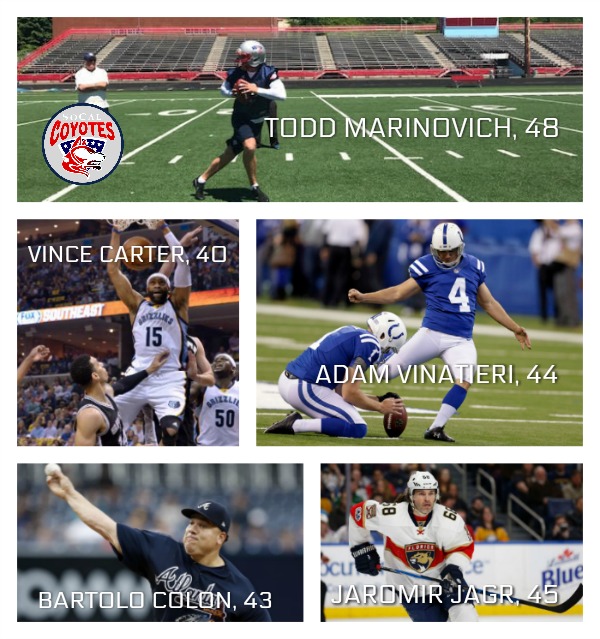 Can he revive the magic that won a Rose Bowl for USC, made him a  first-round pick of the Los Angeles Raiders, and once exploded for 10 touchdowns in a single game for the AFL’s Los Angeles Avengers?

For some, the heart never ages.

Who can forget the late MLB legend Satchel Paige? He threw his last professional pitch on June 21, 1966, for the Peninsula Grays of the Carolina League.