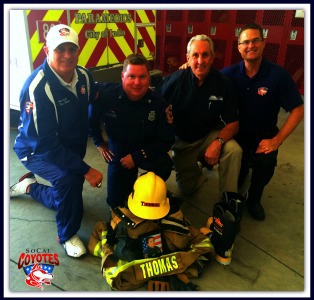 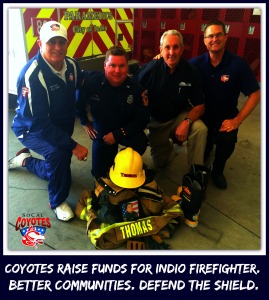 Coach Miller named Ms. Thomas an honorary team captain for the remainder of the 2016 Pac West season. Support for her battle will continue at every Coyote home game at Shadow Hills Stadium, which is across the street from Station #80.

The General and the Coyotes have saturated social media and local radio and television news to raise funds for Sara, a mother of twin six-year-old girls.