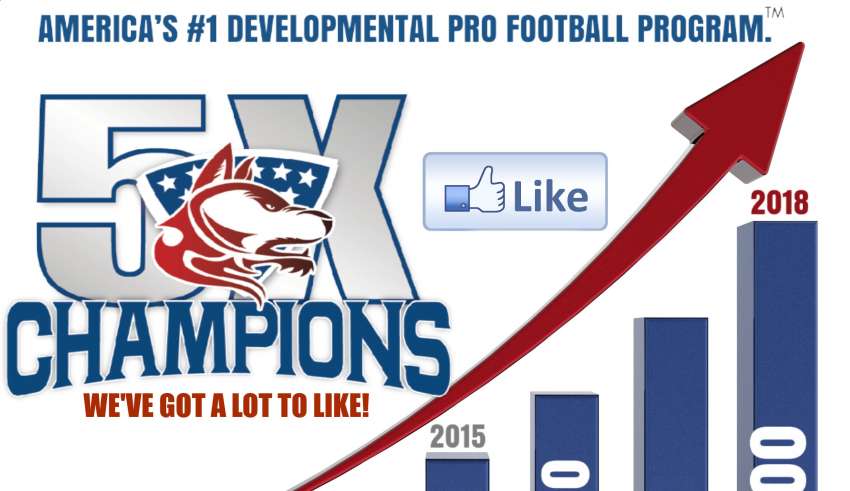 Nationally, the upward-trending Coyotes have far more likes and followers than any developmental pro football franchise in the country. In just six years, the Coyotes now only trail one professional indoor Arena team – and are in respectable company in high-low comparisons of other sports, and facilities.

For instance, the Ontario Fury (pro soccer), who play in nearby Citizens Bank Arena, have 11,604 likes. The Star, the 91-acre campus that hosts the world headquarters of the Dallas Cowboys in Frisco, has 27,301.

Entering their seventh year and 11th season with a formidable national footprint, the Coyotes are one of the Coachella Valley’s largest originators and producers of sports content. This includes live game coverage and daily sports programming.

On September 8 at Shadow Hills, the Coyotes play the California Sharks in their home opener, with kickoff scheduled for 7 p.m.

The Coyotes are riding a 27-game win streak that dates back to 2015. The organization has meticulously built dominant national brands now synonymous with ‘Faith, Family & Football,’ and other trademarks such as ‘Building Champions, Building Men™,’ and ‘Defend the Shield™.’