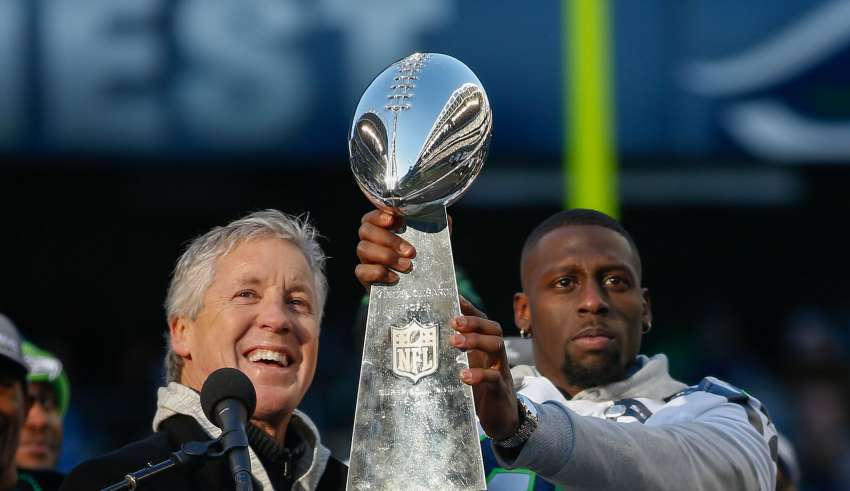 (INDIO) – Veteran ‘Legion of Boom’ cornerback Jeremy Lane, who was drafted by the Seattle Seahawks in the 2012 draft and was a part of Seattle’s Super Bowl XLVIII-winning team, has joined the SoCal Coyotes to remain ‘game-ready’ for his imminent return to the NFL.

Lane, 6-0, 190, joins America’s #1 Developmental Pro Football Program™ in time for training camp, where head coach J David Miller says the Northwestern State star will work with the starting unit of the ‘Darkside Defense’ until his expected NFL call-up this fall.

“We’re all about game-ready players, life-ready men,” said Miller, who likened Lane’s situation to an MLB pitcher throwing in AAA to maintain his edge, prior to a new assignment.

“Jeremy Lane is a first-class, five-year NFL veteran who personifies the work ethic it takes to play at that level,” the Hall of Fame coach said. “It truly demonstrates his burning desire to get to his next NFL team. He made this choice to come to the desert and put this work in. It speaks volumes about his character.

“Most players in Jeremy’s situation would sit on the sofa and wait for the call. Jeremy, however, has chosen to be mentally, physically and emotionally ready – and the entire Coyotes organization will see to that.”

Lane recorded his first career interception in Super Bowl XLIX, picking off quarterback Tom Brady on a pass at the goal-line in the first quarter. Over his NFL career, Lane has 146 tackles, 16 pass deflections, two interceptions and one forced fumble.

On March 9, 2016, Lane re-signed with the Seahawks on a four-year contract. He was released late last year in a salary-cap move, on the same day with fellow ‘Boom’ member Richard Sherman.

When asked the most important lessons from his journey, which began at Northwestern, to the NFL draft, then on to Super Bowl stardom, and now to the Coachella Valley and the grind ahead, Lane doesn’t hesitate.

Lane will report to the Coyotes in August, where he will join the pre-camp conditioning program with his new Coyote teammates. He will wear #20 in training camp.