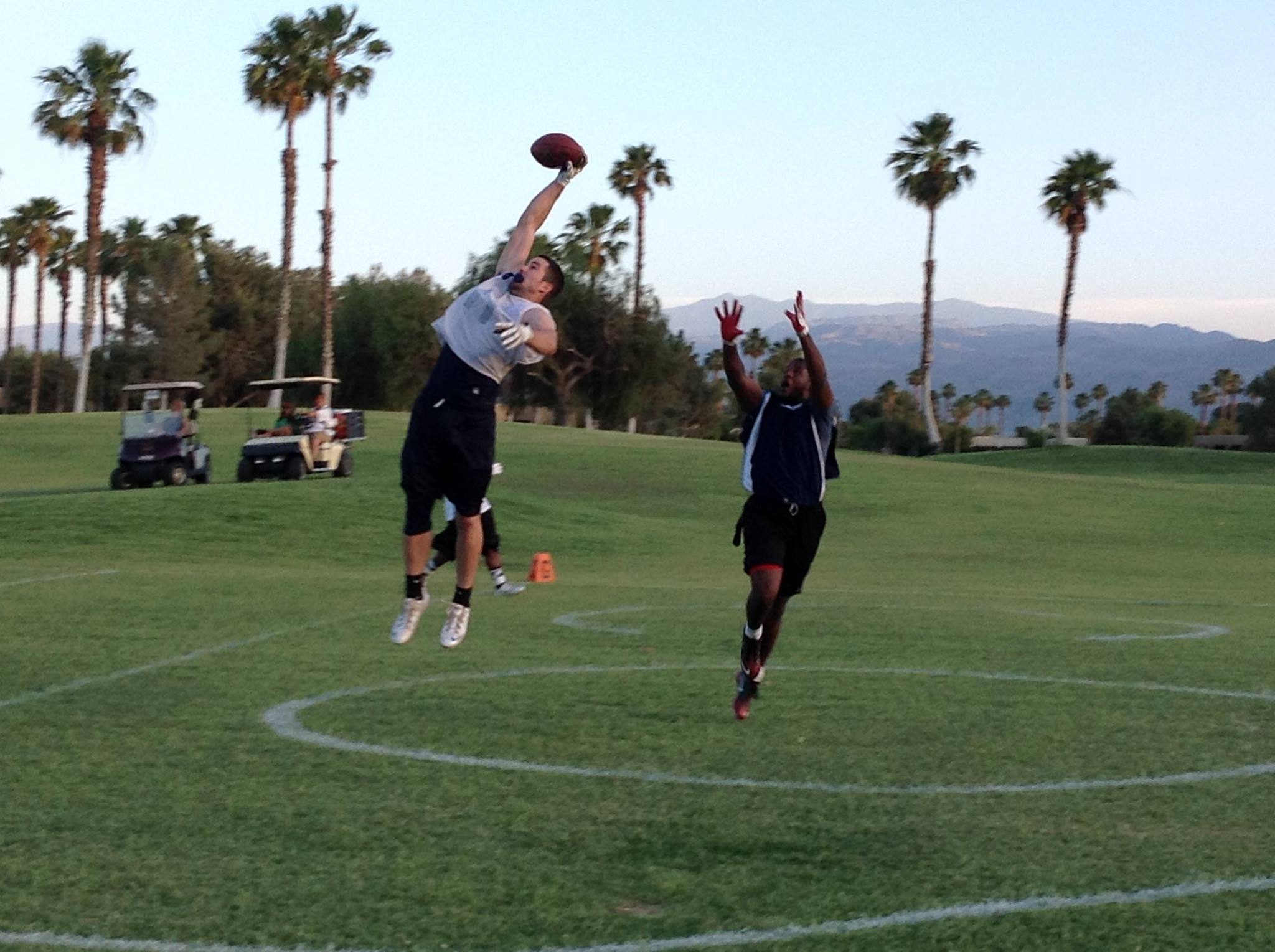 (PALM SPRINGS) — The first one-handed catch for a touchdown turned a few heads. But by the second, third and fourth circus touchdown catch, it was evident that rookie 6-0, 200-pound slotback William Eichmann was the real deal.

Eichmann, who earned a spot in the Senior Bowl this past fall after averaging 17.9 yards a catch for Point University, looked like a young Wes Welker, leaping high to snare balls from the sky, grabbing them one-handed from behind, and diving for them in corners of the end zone.

Eichmann was among a number of richly talented rookies making noise. The Coyotes, who will don pads for the first time next week, are in week two of training camp as they prepare for their first season in the Professional Spring American Football League.

“William is a very talented wide receiver, and I think he is going to surprise a lot of people with his ability,” said Point head football coach David Rocker.

The Coyotes face the Los Angeles Marauders in early May. They play their historic home opener May 25 at Coyote Field at Desert Princess, where they also practice and train.

The Coyotes are one of four teams in the Professional Spring American Football League, joining Hattiesburg, St. Petersburg and Los Angeles.

The PSAFL, a showcase for pro talent, is playing an intense four-game season, culminating with an East-West championship in St. Petersburg. The Coyotes immediately will return with a 10-game season this fall in the National Developmental Professional Football League.