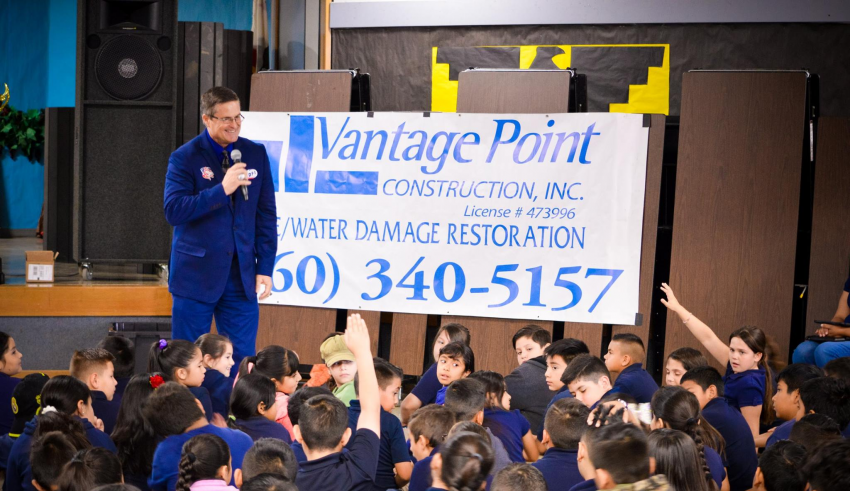 Ronald McDonald Charities Inland Empire has named Senior Vice President Ron DiGrandi as one of eight local  ‘A Few Good Men,’ the second executive in as many years from the venerable SoCal Coyotes non-profit leadership organization, according to a recent announcement from the Loma Linda-based institution.

DiGrandi joins head coach and non-profit founder J David Miller, Class of 2018, in support of the Inland Empire Ronald McDonald House, where children and their families embrace life and healing with a sense of hope, enthusiasm, courage and joy.

The IERMH provides a ‘home away from home’ to families while their children receive medical treatment at Loma Linda University Children’s Hospital, or other nearby hospitals.

The Class of 2018 raised a record $140,000 for the renowned organization. Since opening in September 1996, IERMH has provided 19,710 temporary housing and overnight stays, servicing roughly 2,200 families annually. Their volunteers logged more than 7,000 hours of service in support of their mission.

“Leadership is action, not position, and Ron DiGrandi is pound-for-pound the undisputed champion in his love for community, service to others, and support of those in need,” said Miller, who also chairs Coachella Sports & Entertainment Stadium Authority LLC.

“Nobody fights harder in the trenches for those who have been humbled by life circumstances,” he added. “Ron doesn’t seek recognition – but will no doubt use his platform to impact countless lives in meaningful ways.”

Born and raised in the desert, DiGrandi has given decades of service to his beloved Coachella Valley. He received his first award for community service in 1971, when he was named ‘Boy of the Year’ by the Palm Springs Boys Club for volunteering to clean the homes of senior citizens. Ron earned the Junior Chamber of Commerce Award in 1987. For over five years, he was a central figure for the Palm Springs Chamber of Commerce and its numerous community events and fundraisers.

A fervent believer and man of faith, DiGrandi helped establish JPL Bible Church, where he served as a church leader for 10 years. During that span, he served as a deacon and prayer group leader. The elderly and those in assisted living praised Ron for his frequent visits and regular prayer, while the church youth benefited from his activity planning and church fundraisers.

DiGrandi served on the board of directors for 11 years with the La Quinta Chamber of Commerce, where he was named President in 1999, and again in 2000. There he worked closely with community business leaders and the La Quinta City Council during the city’s explosive growth.

Miller appointed DiGrandi SVP of the Coyotes in 2015, where he has played a major role in the organization’s record-breaking growth as a major sports brand to its 50,000 online followers. The six-time champions have won three of their titles during his tenure, and DiGrandi has been a central linchpin in the non-profit’s rollout of its acclaimed ‘Above the Line’ leadership program and curriculum.

Off the field, the Coyotes impact more than 50,000 youth annually through their camps, clinics, and symposiums, and the Riverside County District Attorney’s Office and Sheriff’s Department rely on the team for its camps and clinics to at-risk youth.

With his ‘A Few Good Men’ appointment, DiGrandi and his 2019 classmates will direct all of their resources, relationships and good will toward raising the critical funding and generous gifts required by the Inland Empire Ronald McDonald House, which supports 54 families a night.

Those who wish to provide comfort, care and support to children and families in Southern California may donate online directly to the Inland Empire Ronald McDonald House by visiting https://rmhcsc.org/inlandempire. Click the donate button for a secure transaction.

Since opening in 1996, the Inland Empire Ronald McDonald House has provided comfort, care and support to children and families in Southern California. Our hope is to create a community where children and their families embrace life and healing with a sense of hope, enthusiasm, courage and joy by keeping families close to each other and the care they need. For more information on how to become a partner, sponsor, or donor, please call 909-747-1200 for details.