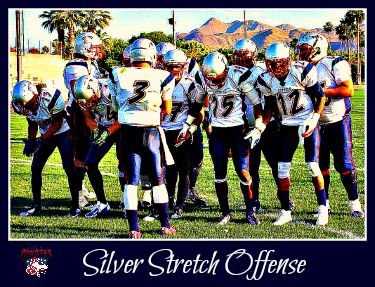 It is unclear how much of the firepower from the Coyotes formidable star spring roster will play in the fall, but one thing is clear: They will duck no one.

The schedule includes two games against the perennial champion Inglewood Blackhawks, and one against the Hollywood Stars, another Los Angeles-area powerhouse, as well as a juggernaut of LCFL teams.

“Our ministry is faith, family and football, and our mission field is the playing field,” said head coach J David Miller. “Our players, fans and supporters spoke with one voice – serve God, serve others and serve community – but do it from the field.”

That means for a second fall season, the Coyotes will play a 12-game schedule with some of the nation’s best amateur competition in the LCFL, where they return as league runners-up. In 2014, the Coyotes outscored LCFL opponents 464-182. In six seasons of play, the Coyotes are 49-10, and have played in five league championships, winning three.

The Coyotes open fall play August 8 on the road against the San Diego Stallions, then travel to Whittier College on August 15 to face the Stars. Fans will find the rest of the schedule posted on the team’s corporate website, Facebook and mobile app.

Karls has played in 19 games as a Coyote, winning 18. As a starting quarterback, he is 15-1, with 13 300-yard games and 58 touchdowns. On the other side of the ball, the ‘Darkside Defense’ is paced by Arizona State defensive end Jake Sheffield, who returns for a third season after leading the APFL this spring with 12 sacks.

THE SOCAL COYOTE ORGANIZATION viciously ‘Defends the Shield’ of faith, family and football, and has received international acclaim for “building champions by building men.” Spanning six seasons, more than 300 players have benefited from their developmental program, with many advancing to camps in the National Football League, Canadian Football League and the Arena Football League. The Coyote Leadership curriculum and their widespread volunteer efforts impacts churches, schools, civic organizations and communities throughout Southern California.

On July 7, 2014, TheFootballEducator.com, led by two-time Super Bowl winner and former Denver Broncos GM Ted Sundquist, named the SoCal Coyotes “America’s #1 Developmental Football Program.” The SoCal Coyotes are the oldest pro football franchise in the Coachella Valley and have won more games in their first six seasons of play than any football team in desert history. The Coyotes are dedicated to “changing the culture” of AAA football through player mentoring, development, organizational management and dynamic service to community.