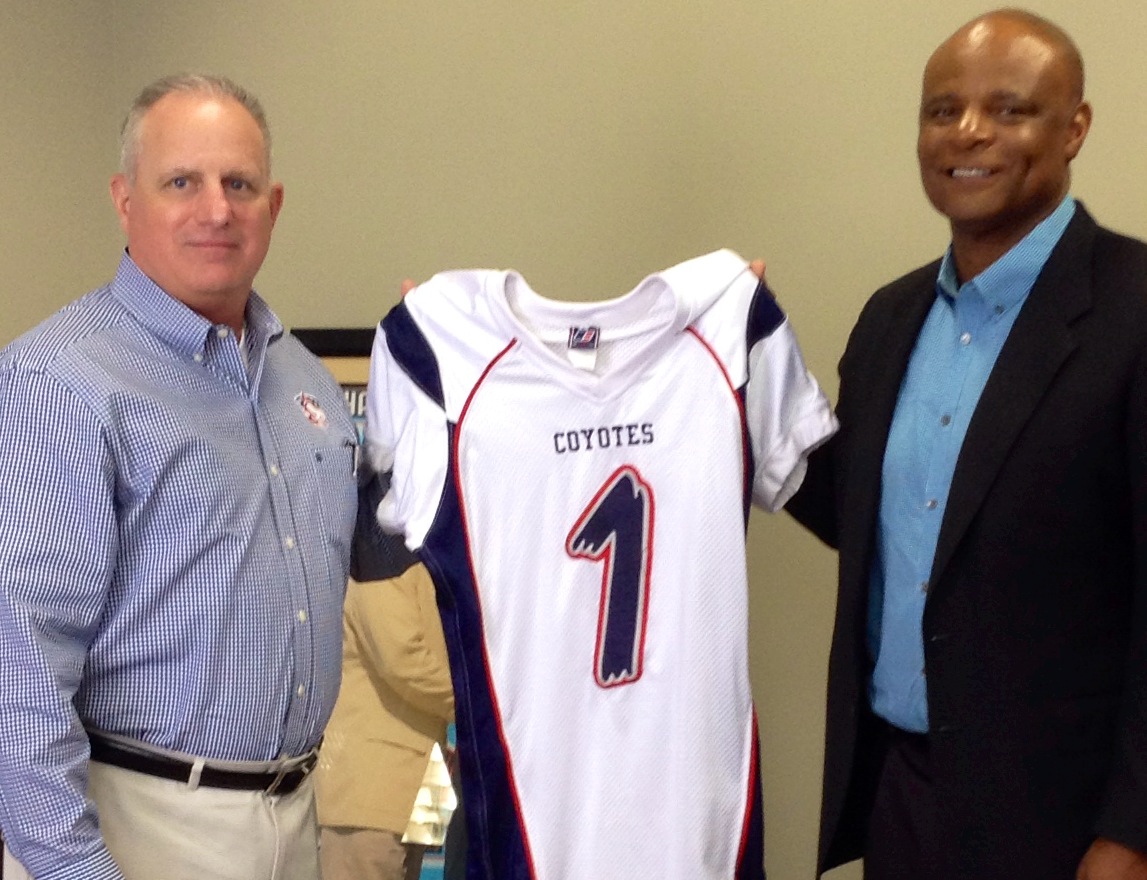 “After three years, I’ve finally found someone to compete with you for the starting job,” the text read. After a few moments of loud silence, Miller – ever the motivator – followed the text with a photo of NFL Hall-of-Fame quarterback Warren Moon, proudly displaying a SoCal Coyotes jersey.

Miller had spent the morning with Moon on the set of the upcoming ‘Mouse that Roars’ documentary (to watch the trailer, click https://www.youtube.com/watch?v=vEt2SPpaBho).

The powerful film documents strong arguments that the Run ‘n’ Shoot is the epicenter of the modern NFL offensive revolution. Chief among them is that Jim Kelly, then with the Houston Gamblers, and Warren Moon, then with the Houston Oilers, piloted Run ‘n’ Shoot rockets to Hall of Fame careers. Both star in the film, which also features greats like Hawaii quarterback Colt Brennan and Detroit Lions legend Barry Sanders.

At the vortex of it all? Current SMU head coach June Jones, and his mentor, Mouse Davis.

The relationship between Miller, Jones and Davis — and most of the Run ‘n’ Shoot ‘family’ — dates back 30 years, and the epic Davis is the reason why the SoCal Coyotes proudly use the offense.

And yes, Coyote fans — Nate Lewis also appears in the film, including his 78-yard dagger to Rashad “The Franchise” Roberts to beat the California Raiders, 36-33, which would earn the Coyotes a 2013 league title.

(To see how Nate Lewis stacks up against other Run ‘n’ Shoot quarterbacks, clickhttps://en.wikipedia.org/wiki/SoCal_Coyotes#Nate_Lewis_among_Run_.27n.27_Shoot_QBs).

Outside of football, Coach Miller is also a distinguished producer and author, with 13 books to his credit. He has co-authored books with NFL Hall of Famer Hank Stram, former NFL head coach Jerry Glanville, and of course, June Jones.