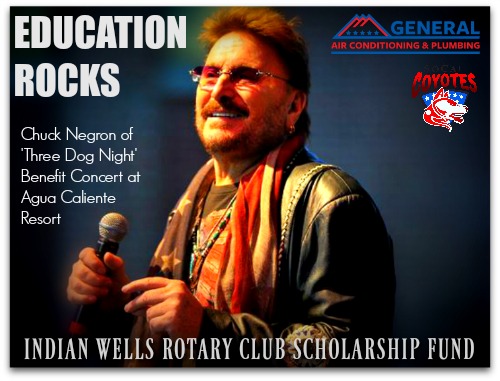 The SoCal Coyotes Non-Profit Sports Leadership Organization and corporate partner General Air Conditioning & Plumbing were among sponsors who supported the program, which was orchestrated by Conrad Negron, a Coyote board member, president-elect of the Indian Wells Rotary – and cousin of the famous performer.

Negron’s ‘Music for Scholars’ played to a full house in the beautiful Agua Caliente showroom, and also featured singer Tom Solis, and a special Veterans Day salute to the Troops by the Satin Dollz.

The undefeated #11-ranked Coyotes finished 2016 as the only team in the entire state of California in the national Top 30 — and #1 in the Western Region.