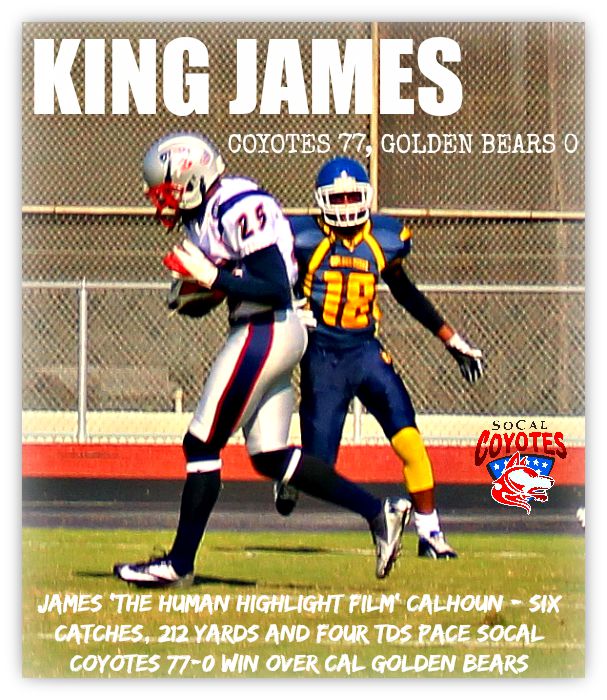 (CERRITOS) – Receiver James ‘The Human Highlight Film’ Calhoun had six catches for 212 yards and four touchdowns to lead the three-time champion SoCal Coyotes to a 77-0 rout over the host California Golden Bears.

Demario ‘The President’ Brown had four catches for 51 yards and two scores, while Stevie Will snagged three balls for 22 yards and a score. Rashad ‘The Franchise’ Roberts had three catches for 41 yards.

In a bizarre play, the Golden Bears misjudged a Coyote kickoff from Dan Kelly that appeared would bounce through the end zone for a touchback. The ball – still live – stopped in the end zone untouched, and linebacker Will Hoglund covered it for a touchdown.

Kelly was good on nine of 11 PATs to round out the scoring.