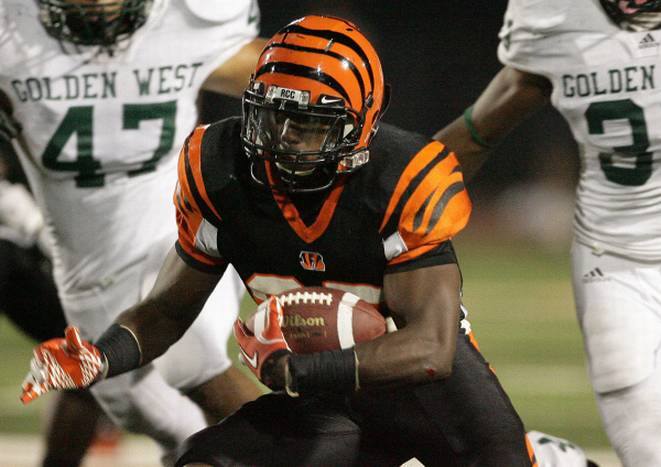 (CATHEDRAL CITY) — “If you don’t make your dreams come true, someone will hire you to make theirs.”

With those words, 5-11, 190-pound running back Andre Hunt — former Most Valuable Player of the Golden State Bowl – kept his pro football dream alive Wednesday when he signed with the UFAL Champion SoCal Coyotes.

The former Riverside Community College star — who rushed for over 1,000 yards and averaged 4.8 yards a carry while leading the Tigers to a 21-1 record during his tenure – brings another fierce dynamic to the Coyotes Run ‘n’ Shoot offense.

Hunt capped his spectacular RCC career in 2011, when he rushed 20 times for 121 yards and two touchdowns, including a 41-yard burst, to win the Golden State Bowl. “He carried us on his back,” RCC head coach Tom Craft said then.

The Coyotes expect the versatile, durable Hunt to compete at both S-back and in the slot. He re-joins former college teammate Damian Robinson.

Fans will get their first look at Hunt this Sunday at the Desert Princess Golf & Country Club during the Coyotes open tryout, from 3-6 p.m.