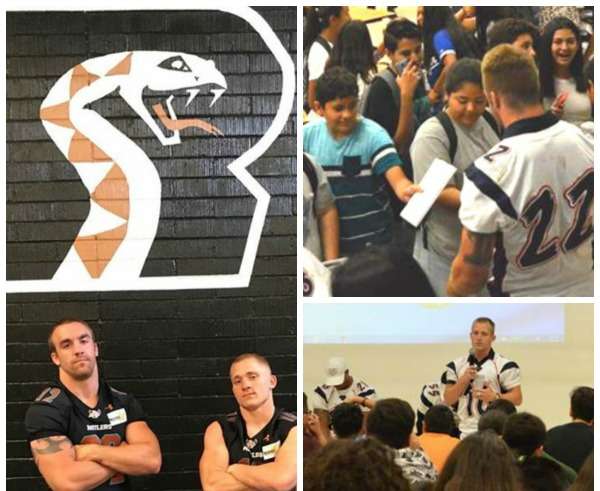 (PHOENIX) – Running back Dylan Peebles and slot back Jarrod Harrington, who never lost a game over their two-season tenure (2016-17) with the SoCal Coyotes, have both made the final roster of the IFL’s reigning champion Arizona Rattlers for their upcoming 2018 season.

Peebles (Cortland State) put up 1,451 yards rushing, the best 13-game total in Coyote franchise history , as well as his 159 yards-per-game average. His 1,023 all-purpose yards in a six-game season is a Coyote franchise record, along with his single-game mark of 218 yards on 11 carries.

Off the field, both men touched hearts and lives with their personal testimonies of faith, hope and redemption, during numerous Coyote ‘Above the Line’ leadership camps, clinics and symposiums.

The Rattlers signed Peebles less than 48 hours after the Coyotes won the Pacific Coast championship, their fifth title. Before leaving, Peebles stayed in the desert an extra week to lead another ‘Above the Line’ clinic with hundreds of kids at a Palm Springs elementary school.