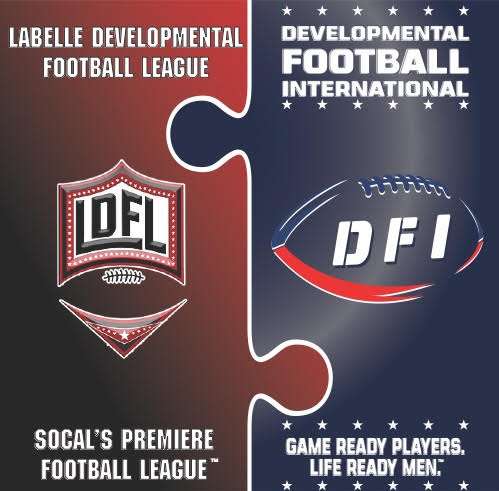 (PALM SPRINGS, Ca.) – Two of the most respected American football developmental organizations sent shockwaves through the sport today with the announcement of a Southern California joint-venture partnership for the 2022 season – which both sides believe is an ‘audition’ for even bigger things to come. 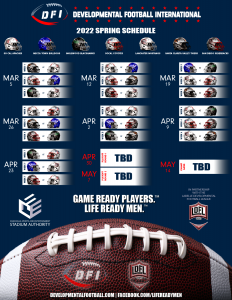 For communities, investors, sponsors and advertisers, the landmark DFI-LDFL arrangement is a breath of fresh air – and may well represent the future of this level of the sport.

No other American developmental football platform delivers the processes, protocols and policies as the DFI-LDFL relationship, which  replicates the successful business models of established developmental club and pro soccer such as the United Soccer League (USL).

Terms were not disclosed. Nationally, both DFI and the LDFL have been participants in the Gridiron Developmental Football League (GDFL) since 2019.

Officials from both leagues expressed the joint-venture will instantly increase franchise values and demand for its selected 2022 participating teams.

“This partnership strengthens opportunities across the football landscape for our developing players, coaches and executives – and improves communities everywhere we play football throughout Southern California,” said LDFL president Tony Reid.

The two leagues represent two of the most popular, successful, and iconic brands and franchises.

“The consolidation of American developmental football, with the standards and success that is now the norm that pro soccer currently enjoys, must remain the goal of any teams or leagues who expect to be taken seriously by a national fanbase, or national sponsors,” said  J David Miller, chairman of Coachella Sports & Entertainment Stadium Authority.

DFI is owned and operated by Coachella Sports & Entertainment Stadium Authority (CSESA), which is currently in development of The Shield at 1 Coyote Way, a $400M, multi-purpose sports, medical and entertainment campus in Cathedral City, Calif.

The Shield will be the first stadium of its kind for American developmental football.

Through community groups, community awareness, community involvement, and a professional approach on and off the field, the LaBelle Developmental Football League provides quality sports entertainment for its communities. The LDFL provides a competitive platform for
young men to earn quality game film with the possibility to graduate to the next level of paid
professional football.