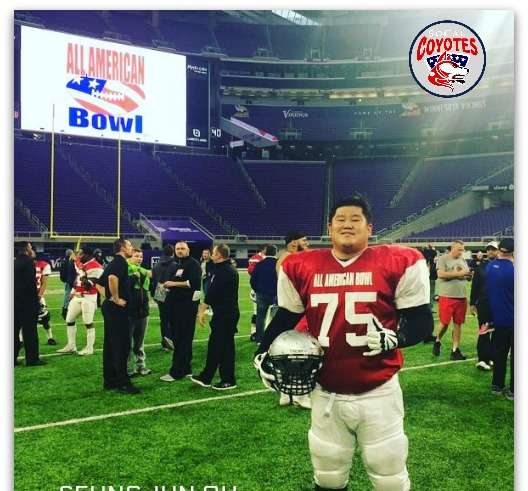 One hundred of the nation’s top collegiates and free agents are picked annually in the All American Bowl, founded in 1996 to give athletes the opportunity to compete against the best for professional scouts.

As a member of America’s #1 Developmental Football Program™, Jun Oh has set the highest standards for the Coyotes offensive line. In the 2017 perfect season, he earned the highest grades among his peers.