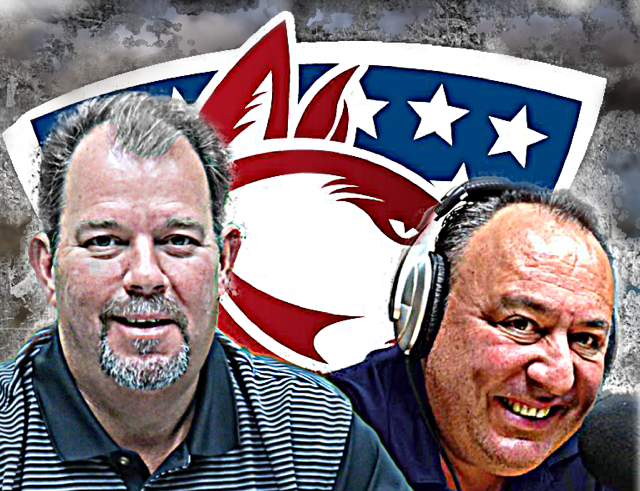 (INDIO) – The five-time champion SoCal Coyotes have found a new voice for their first Developmental Football International (DFI) season, and it’s a familiar one to Coachella Valley sports and radio listeners.

Livingston joins second-year analyst Conrad Negron in the booth. The Coyotes open their 11th season at their Shadow Hills Stadium home September 8 against The Bulldogs of San Diego.

Coyote games can be heard live around the world on iHub Radio, the Coachella Valley’s first all-local news, talk and entertainment digital audio outlet, or by downloading the Coyote Mobile ‘Yapp.’

The Mike Livingston Show is heard each morning from 7 to 10 a.m. on iHub Radio, the Coachella Valley’s first all-local news, talk and entertainment audio outlet.

Livingston was born in Cleveland, Ohio, but moved at age six with his family to the Coachella Valley in the early 70’s. He got his start in radio at Palm Springs High School in the ROP radio broadcasting class, using all his elective credits to stay in the booth, and eventually became station manager.

He moved on to journalism in college and interned at several local TV and radio stations in the Coachella Valley. Mike’s love for sports ultimately led to hosting multiple weekly sports talk shows on KNews in Palm Springs for several years.

Livingston returned to the microphone in April as the morning drive host for the Coachella Valley’s first all-local news, talk and entertainment audio outlet, iHub Radio.

Mike also hosts HOA Today on weekends, a program focusing on the many facets of life within common interest developments and gated communities here in the desert. With his firm Association Management Partners of the Desert, LLC, Livingston has been a mainstay in the local HOA Management business for over twenty-five years.

Livingston is a father to son Quin, 16, as well as two adult stepsons with his bride Laura. The Livingstons reside in La Quinta.

iHub Radio (iHubRadio.com) is the Coachella Valley’s only all-local, all-digital spoken word outlet. In fact, it is America’s FIRST exclusively-digital local news/talk service. iHub has assembled the largest and most dynamic team of local personalities to deliver a captivating, informative and poignant source of talk, entertainment, and news content around the clock, specifically for the Desert Cities region of Southern California.