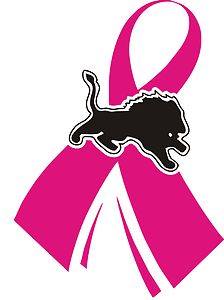 If you’re wearing pink, you get in free to watch the Coyotes grasp for history — two titles in two years.The SoCal Coyotes non-profit leadership organization declared this Saturday’s afternoon contest with the division-rival Las Vegas Lions a “Pink Out,” in support of Breast Cancer Awareness.

The players, meanwhile, will wear their sleek blue on blue, accented by pink gloves, towels, spats and shoes in recognition of the fight against cancer.

The “Pink Out” is in conjunction with Fan Appreciation Day, and players will stay after the game to mingle with their fans for autographs and photographs.

“Bring your family, bring your friends, and bring an open heart to help others in need,” said team president J. David Miller. “Streams have no songs without rocks in the gully, and this weekend we play with one voice for all those who suffer.”

The game will be held at Xavier College Prep, and is the Coyotes final home game until the Southern California Football Alliance playoffs in November.

With a league win against the Lions, the Coyotes will claim the United Alliance Football League title outright. In 2012, they were Pac West champions.

The SCFA is made up of three of the state’s most powerful leagues, and the Coyotes play in the UFAL Eastern Division. The Coyotes also are in the hunt for the SCFA and national championship.

In national polls, the Coyotes are the highest-ranked desert team in history, behind only the Inglewood Blackhawks.

Gates open to the public at 11 a.m. The Coyotes will take the field for pre-game warmups at noon.

The game will be aired live on Team 1010 KXPS (www.team1010.com), and can also be heard via the Coyote Mobile YAPP, available free in the iTunes Store and Android Market.