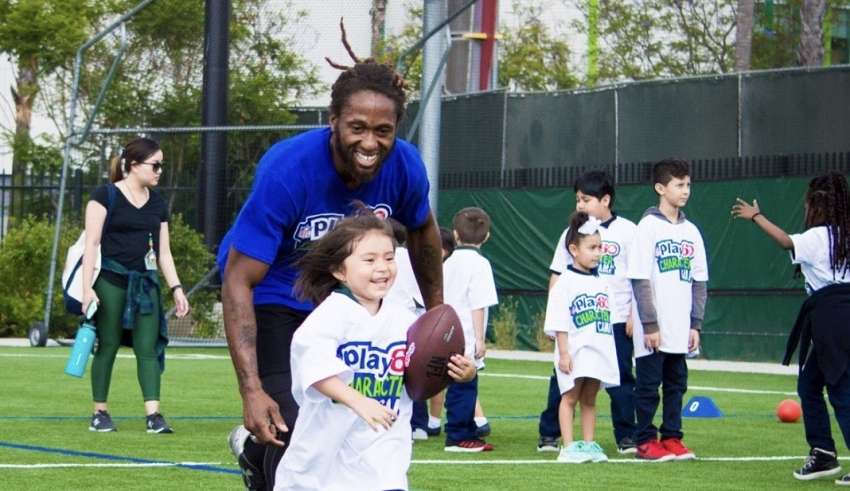 That’s a promise from the SoCal Coyotes non-profit organization, which this week launched its G.R.O.W.L.™ mentoring program – to spring mostly minority girls and boys from the hardest generational cycles of poverty.

The Coyotes impact more than 50,000 youth annually through the organization’s ‘Above The Line™’ character camps, clinics, and leadership symposia.

“Our data reveals that the need of the hour within the urban core is positive, relatable role models, and a plausible pathway to sustainable income,” says Coyotes’ non-profit founder J David Miller.

“No child is ‘born bad,’” Miller adds. “We are passionate for those vulnerable populations with gaps in leadership and opportunities. So many of the youth we’ve served are subjected to exclusionary practices, or encounter the juvenile justice system, or both, while having untreated or under-treated behavioral health issues that a program like G.R.O.W.L. will instantly change.”

Behind brand awareness and their formidable platform as ‘America’s #1 Developmental Pro Football Program,’ the Coyotes’ 501(c)(3) has shifted into high gear as a provider of youth and family behavioral health in the Coachella Valley.

The announcement of G.R.O.W.L. comes at a critical time for desert youth. The Coachella Valley high-school dropout rate annually hovers at near 30-percent, led by the most vulnerable populations.

Adding to the crisis is the COVID-19 pandemic, which has evaporated jobs, extra-curricular school programs and countless sports opportunities. The demand for G.R.O.W.L., or programs like it, is palpable.

“Children deserve the dignity of receiving quality mentoring services that allow them to lead healthy and productive lives in their homes and communities,” says Coyotes SVP Ron DiGrandi, who oversees the organization’s ‘Above The Line’ initiatives.

“We’ve had a front-row seat to the school-to-prison and school-to-institution pipelines, in real time,” he adds. Since 2014, the Coyotes have quietly teamed with the Riverside County Sheriff’s Department, Probation Department and District Attorney’s Office to provide a lifeline for at-risk youth.

The median Coachella Valley annual income for a high-school graduate is $34,000. For youth who can stay motivated to earn a college degree, their median annual income shoots to nearly $60,000.

Less than three percent of the latter will ever find themselves below the poverty line in their lifetime.

The six-time champion Coyotes know a thing or two about performance under pressure – and refining human potential. For nearly a decade, they’ve developed over 700 players into better fathers, better husbands, and better men.

The Coyotes have groomed and graduated hundreds of players and staff with the intention of one day being able to offer them full-time mentoring roles that reciprocate the mission of the non-profit.

That future is now.

G.R.O.W.L. mentors will work with middle school counselors to identify eighth-graders who are most vulnerable to dropping out of high school. At the end of their eighth-grade year, those recommendations will be candidates for the G.R.O.W.L. mentoring program.

Jennifer Braun, a leading health care services consultant and founder of Caring for Others, a nonprofit based in Southern California. says the G.R.O.W.L. program is long overdue.

“In working with the Coyotes and other social service organizations throughout the desert and California,” Braun says, “I have realized through our collective beliefs that the need for these mental health and mentoring services for youth is critical.”

She adds, “We have demonstrative evidence that if these services are rendered, we can produce