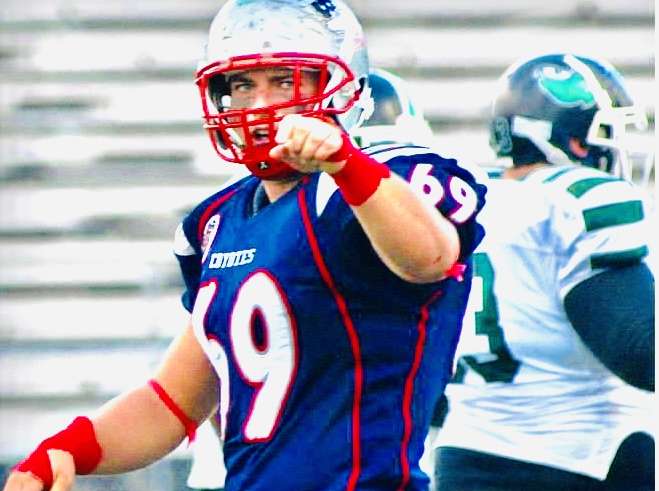 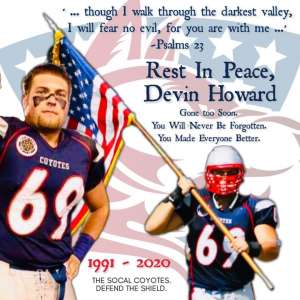 With his family by his side, Devin passed away at home December 28, 2020, at the age of 29, after a hard-fought battle with synovial sarcoma. Pain in his left leg was originally believed to be flexor tendinitis, until an MRI in August 2020 revealed a tumor.

Howard was an immediate, disruptive force, sacking quarterbacks with flair and blowing up every blocking scheme designed to slow him.

“Devin set the bar for accountability – he changed our culture,” said head coach J David Miller. “His memory fills our minds and warms our hearts. Devin’s work ethic and leadership will forever be remembered as our standard of excellence, to everyone who steps foot in the Coyotes organization.” 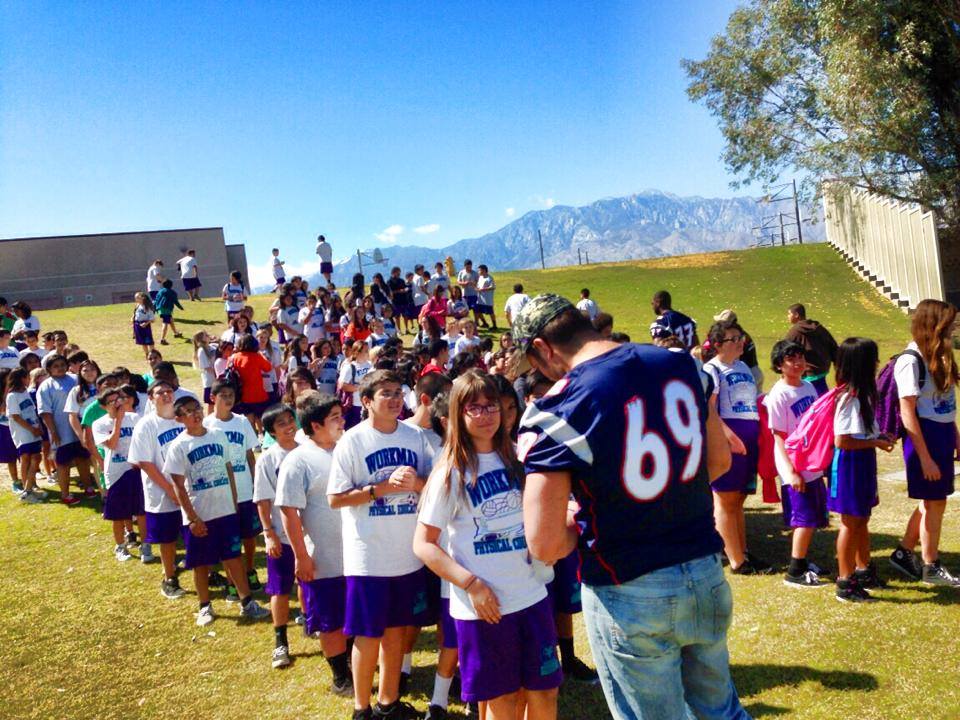 Off the field, Howard was a gentle giant, community leader and huge fan favorite. Devin volunteered for weekly SoCal leadership programs in local public schools, a grassroots campaign that evolved into what is now the Coyote organization’s award-winning ‘Above The Line’ program.

The New Mexico Highlands product finished his SoCal career after parts of four seasons in 2016. 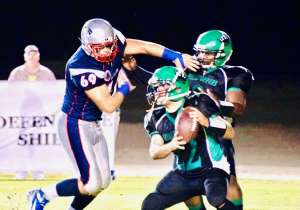 The helmet decal will be unveiled during Week Two of SoCal’s 2021 regular-season game in the Gridiron Developmental Football League (GDFL). The Coyotes will retire Howard’s jersey and uniform in a formal ceremony at a later home game date.

It is the first time the Coyotes have honored the passing of an alumnus with a helmet sticker.