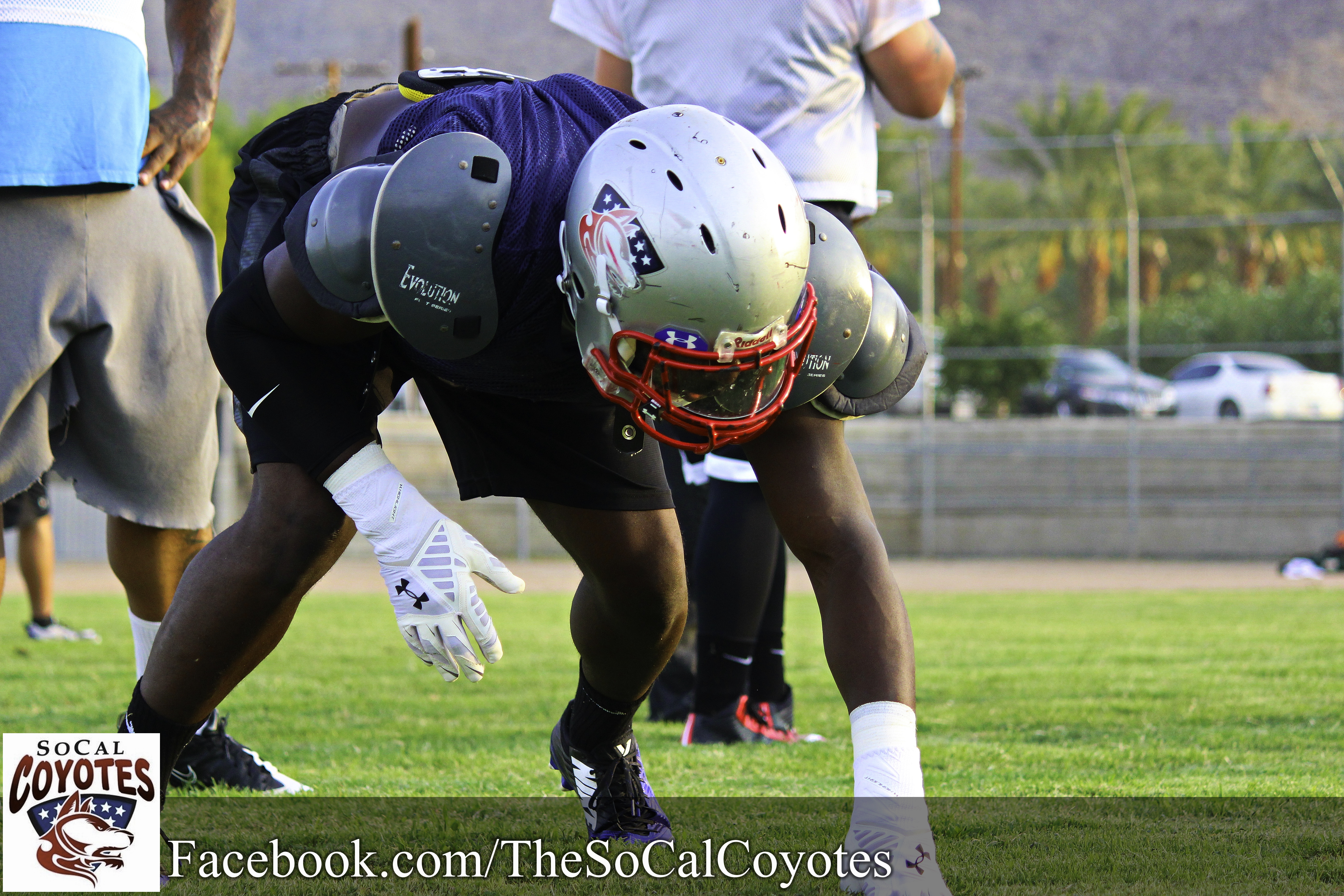 (THERMAL) -After an intense two weeks of grueling effort at their new practice facilities on the Torres Martinez Reservation, the two-time champion SoCal Coyotes broke training camp this week and braced for the California Tide.

Their home opener, and debut in the nation’s top-ranked LCFL, is Saturday, August 16, at 3 p.m., at Hamilton High School in Anza, 33 miles from downtown Palm Springs. Billed as ‘football in the clouds,’ the stadium sits 7,950 feet above sea level.

The Coyotes are stocked with stars, including three-time University of Miami football letterman Kelvin Cain, 6-4, 285, pictured here as he drops into a five-technique during last weeks final practices.

Cain, who graduated in early May from the ‘U,’ was a dominant force in the undefeated spring for the Coyotes, who outscored their opponents 61-31.

He played in 34 games for the ‘Canes, and had a career-high nine solo tackles against Duke. He was rated California’s 10th-best outside linebacker when he graduated from Buchanan High School, in Clovis.

To discover more about the SoCal Coyotes organization, visithttp://en.wikipedia.org/wiki/SoCal_Coyotes, or www.thesocalcoyotes.com.